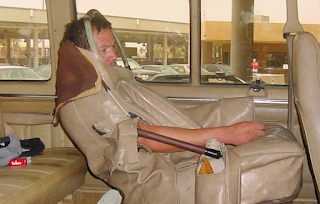 The insufficient number of season tickets at West Ham's new stadium has developed into a major footballing crisis as an estimated 25,000 fans are set to be excluded from the Olympic Stadium party! However, a solution has emerged from a most unlikely source - a Mexican immigrant! As pictured, this hombre managed to transform himself into a seat to avoid detection.

Unfortunately, he was foiled by the heat as he sweated so much that border patrol could smell his presence - an unlikely problem in East London! 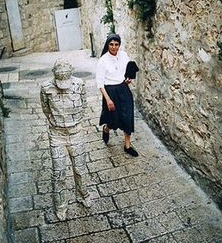 In other developments, artists from the 'merge' movement have reached a level of proficiency that fans could be easily disguised as seating or pillars or other structures with a simple lick of similarly coloured paint. This cunning plan could allow two fans to sit in each of the 20,000 'unoccupied' seats at the new stadium, one disguised as a seat and the other painted to merge in.
﻿ 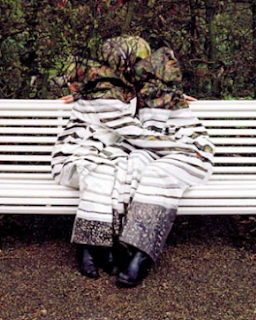 As a result the actual capacity could be increased back to the original 80,000 that attended the Olympics! As our picture below shows, a combinaton of the human seat and mergepainting solutions can allow for almost 300 fans to be carefully concealed as empty 'seats' beside the two mascots. ﻿ 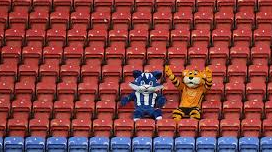