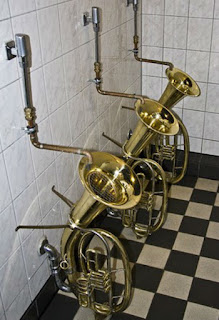 Jurgen Klopp has been a breath of fresh air since his arrival as replacement for the logorrhoeic Brendan Rodgers. Forthright and generally humorous in pre match banter, the Brit sporting public have warmed to his style and Liverpool fans are looking forward to a new and more productive era.

However, Klopp's insistence in his prematch broefing that Loverpool would not follow Dimitri Payet inyo the toilet in order to prevent the talisman behaving talismanically certainly backfired last night.

Deep into the bowels of extra time Payet stepped up to take a free kick and duly planted the ball on Angelo Ogbonna's head resulting in a late late winner for the Wembley-oriented Hammers.

With Blackburn away in the mext round it really is game on as the Bubbles boyz attempt to mark the final year of the Boleyn with a trophy!

As for Payet, maybe Klopp was right - he is unmarkable!
Posted by Verywestham at 22:59