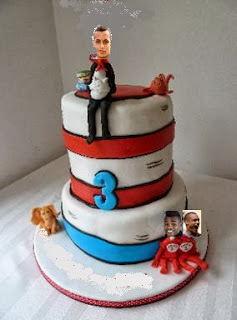 The pre match build up all week had focused upon the Y-word but in reality the East London derby will be remembered for the R-word as Ravel Morrison scored a sensational third goal to put the icing on a stunning second half performance by the Hammers. Spurs were left looking clueless as the Sam’s solid formation left them shooting from distance and then finally they were undone from a set piece as Winston Reid slapped in an opening from a messy clearance by Spurs. 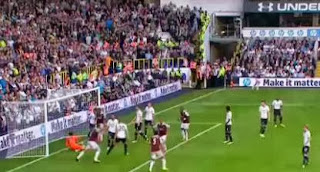 As Spurs pushed forward it was classic counterattack and the rediscovered Ricky Vaz Te thrust in on goal and simply refused to be denied by the keeper who bravely parried only to see the ball canon back off Vaz Te’s knee and into the net. The Hammers sensed a spanking and duly ddleivered when some superb work out of defence resulted in Ravel Morrison taking on the Spurs defence who simply could not stop his progress before he slid the ball past the hapless keeper into the net. 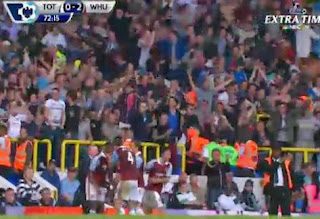 It was smiles all round and why not as the Hammers had as a team outplayed their expensive and overrated opponents. There was still time for the Joey’s to come on and savour the moment as well as some mighty amusing corner flag antics from the excellent Stewart Downing. Sam looked pleased – his best result as the Hammers manger SO FAR?

Oh, and how the game could have been different if a certain Jermain Defoe had been more clinical with two excellent chances either side of half time. But it was West Ham’s day – and one to remember. 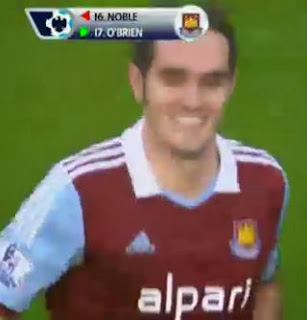