Who would ever have thought that the artistic types down the Boleyn would ever find themselves associated with ‘ugly’ or ‘effective’ football as per the Allardyce method? Similarly, who would ever have envisaged the Hammers moving home away from the hallowed turf at Upton Park? In similarly unexpected developments, the current crop of Hammers fans have found themselves top of the Premiership good behaviour league!!! 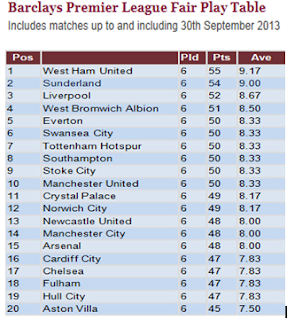 Premiership fair play standings for fans are scored per match for unacceptable loutish thuggery (a negative score) and positively for enthusiastic encouragement along with polite clapping of good play by opposing players (?!?!?). After six matches of the 2013-2014 season, the spiffingly well behaved Bubbles boyz find themselves clear at the top of the Premiership good guys league! 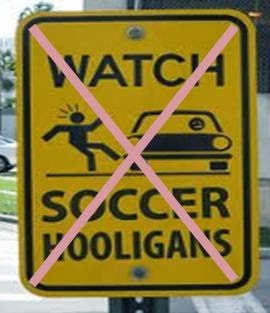 The result represents an incredible turn around for the club and once again demonstrates our versatility under the Twin-Davids & Mrs Brady-old-lady regime– they can play it pretty or ugly depending on the prevailing philosophy of the day. While previous generations have witnessed the pretty on-field soccer artistry matched by mindless thuggery on the terraces, the Allardyce era has seen a switch to the Hammers apparently having the most polite and altruistic supporters paired with the brutal physicality of our current highly muscular squad.

While the ratings serve as encouragement to Hammers chiefs, it is probably worth noting that those ‘terrifying’ monsters who support the likes of Fulham (?!?) or follow Hull City (Meeow!) are rated amongst the worst behaved fans of the Premiership so far. I guess that must be for not properly disposing of their match day programmes, eating unhealthy foods at matches or other ‘horrific’ behaviour.
Since the last included rating the Hammers have made the treacherous trip to White Hart Lane where sensitivities currently run super-high. However, the fans exemplary behaviour during that trip will undoubtedly further stretch their lead at the top of the table. In contrast, the growing comedy down at White Hart Lane will undoubtedly catapult Spurs to the bottom of the league as, having identified a racial sensitivity to put opposing fans under the spotlight, they have quickly discovered the need to get the self-stigma of their own ‘Y-Army’ in order before criticising their neighbours for potential name calling.

Meanwhile, back at the pinnacle of the good behaviour ratings, those merchandising masterminds at the Boleyn are rumoured to be about to release a range of must have products for the discerning Hammer. In addition to a Danny Dyer teddythug, they have designed a selection of harmless paper stickers to stick on opposing fans who fall asleep during matches. There are also plans for a Ray Winstone envelope opener and a Russell Brand dog toy. 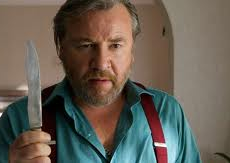 It’s hard to know what all those glorified faux-hooligans of Hollywood fame would make of it all but already HBO have announced plans to seize upon the opportunity with a new series to fill that ‘difficult’ early evening slot usually occupied by saccharine sweet sitcoms of the Brady Bunch ilk. Their new show will feature West Ham fans getting into all sorts of sticky situations while doing wholesome volunteer work and attending worthy community causes and the like runoured to be called ‘The trouble with Bubbles'. 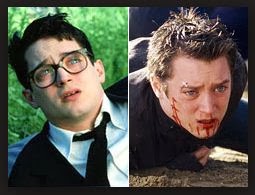