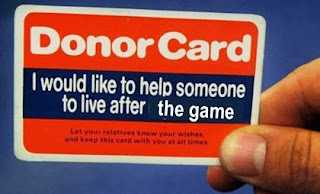 Even as the final whistle sounded rumors were circulating that West Ham and Swansea could be facing the wrath of UEFA after a truly remarkable match at the Liberty stadium. In the face of ever growing allegations of match fixing, the latest scourge in world football involves claims that modern clubs have simply run out of ideas for new matches and are increasingly resorting to ‘copying’old games from the past!
In this respect, the ‘battle’ between the Hammers and Swans played out as a stalemate like a routine encounter from the bad old days of Italian football when spectators regularly lost days and even weeks in Rip Van Winkel type snoozefests while hapless ground staff tried to reawaken comatose fans. Allardici has spoken, but his Italian style is dull and unimaginitive.
After yesterdays ‘lively’ encounter, one unfortunate spectator fell into such a deep coma that they were pronounced clinically dead upon arrival at Swansea General Hospital. It was only when his mates alerted the medical team to his ‘special’ circumstances that the duty doctor agreed to cancel the referral to the organ donor service. Thankfully, Messers Sullivan and Gold realising that such an attrition could affect attendance at the Olympic stadium, have acted swiftly by instructing the supporters club to issue all fans with special ‘I’m not dead, just really really bored’ bracelets to make sure none wake up after their next game minus their kidneys.


Otherwise, yesterday’s game provided further evidence that, rather than providing some new world-beating tactical solution, the headless 1-3-8-0 formation is mostly thoughtless as well. With the occasional flukey exception (Spurs!), the formation provides zero penetration of the opposition’s defence and serves mainly to clutter midfield and thus reduce the game to a series of set pieces with virtually no free-flowing football in between. In rugger, the analogy is of ‘quick’ ball where if possession isn’t recycled rapidly then the opposition can regroup and suffocate all movement. In that sense, the Hammers play like an old style rugger team who simply ruck and ruck without any spreading of the ball into open spaces. With such tactics, it makes little difference whether the ball is circular or oval. 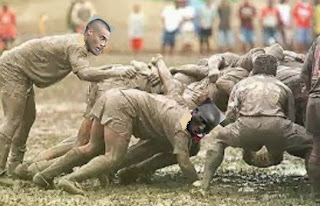 As for individual performances, there were few to write home about. The defence were solid. Tomkins and Rat in particular had excellent games and both look match sharp. Reid was his usual calm and assured self. Guy Demel seems hell bent on getting his first goal for the Hammers and found  a number of good positions but squandered each opportunity. Downing looked good in the first half and the excitement that his whipped crosses bring really contrasts with the gently floated efforts of Matt Jarvis that inevitably end up in the keeper’s hands most of the time. Perhaps Mr Downing might give young Matty a few training ground lessons. 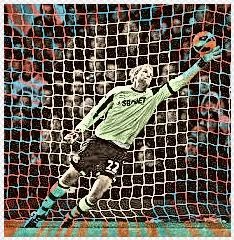 However. It’s a true measure of how ‘well’ we are playing that once again Jussi Jaaskelainen was our stand out player.
Posted by Verywestham at 04:35