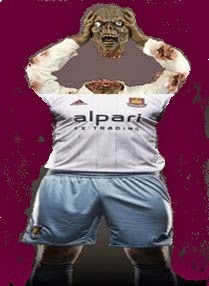 After the horror of last week’s visit of Man City, the wounded Hammers will be out for revenge against Swansea as they make the long trip across Europe to wonderful Wales. The delicate football artistry of the Swans under Michael Laudrup will surely contrast with the brutish physicality of the Hammers who will look to use their undoubted muscle to deny the home side any opportunity to indulge in any welsh wizardry.


First blood will be crucial as the Hammers will hope to repeat their efforts on their last away day when poor Spurs were put to the sword when they tried to chase the game.  In contrast, Swansea are well equipped to punish any side who push too far forward (the Bubbles boyz will recall last season’s ‘disappointing’ encounter at the Liberty stadium) and will look to use the humungous quantities of possession that Big Sam’s troops allow opposing teams, although whether there will be room for any artistry in a midfield that is simply packed to the gills due to the Hammers innovative "headless" 1-3-8-0 formation is debatable.


Swansea have has a mixed start to this season but still look a quality side on their day. The hammers have played well but have not enjoyed the good fortune that saw them  amass 15 points by this stage last year compared to the considerably more modest haul of 8 points from the 8 games so far this season.  If they finish these seven points less than last year there will be some very sweaty moments as the season draws to a climax.
That said, the Swans can hardly expect the same schoolboy defending that the Hammers engaged in last year when Jussi and Ginge conspired to gift their opponents a two goal lead, and they also shouldn’t bank upon the Hammers continuing their mysterious habit of leaking goals at set pieces that has blighted their season so far. Swansea have enjoyed mixed form at home this season so far, leking an average of two goals a game but sadly, at the other end the Hammers have hardly troubled the opposition keepers during their away day travels and even when they do their shooting accuracy has been abysmal. 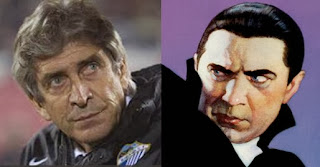