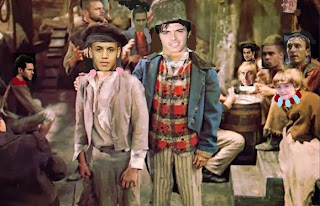 Spare a thought for the poor overworked staff at the Boleyn ground who have been busy all week preparing for the visit of the mighty megabucks men of Manchester City. The nouveau-riche mancunians are rumoured to be planning to arrive in a specially designed gold jet and have insisted on all sorts of pointlessly expensive amendments to the visitors changing area, including a Joe Hart ego-holder!

Meanwhile, Big Sam’s streetwise urchins continue to make the most of what they have and plan to frustrate their pampered visitors before treating them to the same mauling that the hapless Hotspurs received two weeks ago. City, who are currently cash-rich but results poor, may find Big Sam’s latest innovative formation difficult to fathom as it is rumoured that he plans to play a full team of midfielders, including dropping Jussi Jaaskelainen in favour of Mark Noble who recently deputised in goal during the pre-season friendlies. This may not be true but will at the very least serve to befuddle and outwit the Citizens (?!?) who are managed by Chilean Manuel Pellegrini.

No matter how much the Hammers’ antics confuse the Chilean, they will almost certainly fall short of the level of befuddlement the Hammers experienced when their crazy Chilean defender Javier Margas disappeared from the Boleyn only to reappear weeks later on the run in Chile! He has subsequently settled down and has limited his recent exploits to appearing on a Chilean celebrity treasure Island show and purchasing Augusto Pinochet’s armoured car! 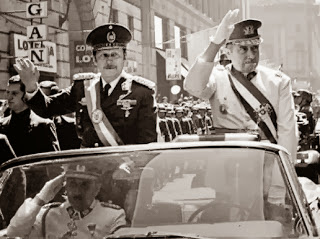 Either way, Man City will need to watch out for the Hammers latest South American superstar in Raveldo Morrison who is on fire and will no doubt look forward to getting one over on his Mancunian rivals.
How crazy can it get out there? We predict 4-3 to the Hammers!
Posted by Verywestham at 08:32