What is our best wing pairing? 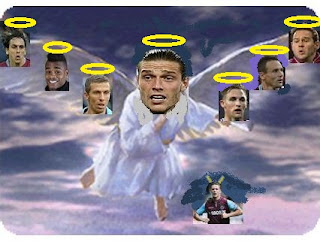 There can be no doubting that Big Sam has assembled a vastly stronger squad than that which was promoted last year – for evidence just look at struggling Southampton and Reading who invested minimally during the Summer. While there are still areas that we might benefit from extra cover, there can be little doubt that we have many exciting options on the wings with the possible pairings of any of Jarvis, Taylor, Benayoun, Vaz Te, O’Neil and Collison.


But what is our best starting pairing? Perhaps the best way of sorting this out is to consider the individual merits of each player.  Matt Jarvis has been an exciting signing, tricky and pacey he is both cheeky and penetrating  in the style of former Hammer Matthew Etherington. From an offensive perspective he has formed decent partnerships with both George McCartney and Joey O’Brien. On the down side, his crossing could be more consistent and he is not a natural defender. Ricardo Vaz Te was struggling to find form prior to the shoulder dislocation against Arsenal. Although he has many of the right attributes to make it at this level – pace, a good first touch and is powerful in the air, he needs to develop a little more composure on the ball and his unpredictability can sometimes confuse his own team mates as much as the opposition! Matt Taylor has also had a frustrating time with injuries. Although lacking the pace of Jarvis and Vaz Te, he has considerably more guile in possession and possesses a tasty left foot that provides a useful alternative to Mark Noble for set piece delivery. Yossi Benayoun is clearly loving it back at Fortress Upton and his availability has been a Godsend in view of Vaz Te’s injury. Predictably, he has slotted in seamlessly and brings a crafty cutting edge that others lack. Yossi has never been blessed with blistering pace or deadeye crossing accuracy but recent performances suggest that he has improved his defensive contribution considerably. Gary O’Neil and Jack Collison can also operate effectively on the flanks but will need to be patient if they are to break back in to what is presently an effective and functioning unit.


So what is the best pairing? Any side with less than pacey full backs will fear facing either Jarvis or Vaz Te, while the former’s ability to make space for crosses will undoubtedly provide opportunites for the aerially dominant Andy Carroll. Vaz Te’s has an ability to bring something ‘different’ that can provide a useful game changer if used as an impact substitute. Where extra defensive cover or a more physical presence is needed on the left then Matt Taylor can provide. Yossi has the ability to unlock defences and has the experience to hold possession where that is a priority.


The verdict? Our view is that Jarvis on the left and Benayoun on the right as started against Man City provides a nice balance of pace, creativity and penetration. Both Matt Taylor and Gary O’Neil can bolster midfield if we want to steady a game (e.g. away against quality opposition). The return of Ricardo Vaz Te and Jack Collison will bring the added option of potentially game-changing impact substitutes. In short, Big Sam has a surplus of high quality options on the flanks.
COYI!!! 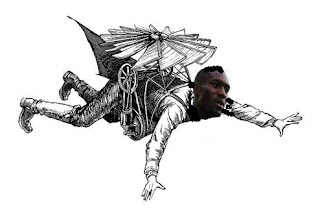