School Report at end of first term: Knuckling down well but need to keep focus 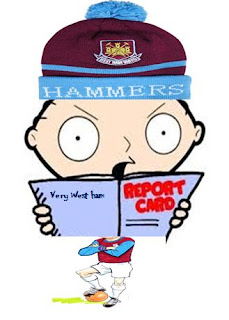 In the era of quarterly returns it’s only right and proper that we consider the quarter mark in the Premiership season and examine how the Hammers have performed to date.


Overall 15 points from 10 games is at the upper end of what we could have realistically ever dreamed of.  Solid at home and well capable of getting results on the hoof. Defensively solid and assured – albeit with a few duff performances (e.g. Swansea / Wigan) the team is playing as a unit and like all Allardyce sides is tough to play against. The success to date has been based upon a  system where everybody knows what they should be doing which augers well for continued success. The result against Man City was a boost but the next 5 matches will be testing. Thankfully, we have dug out a little bit of space if we have a bad run.


Jussi Jaaskelainen has been steady in between the sticks – a natural shot stopper but not especially dominant for high balls and has made a few errors (Swansea sticks out most but even last weekends Man City tie had a few dodgy moments). Seems to be developing a good relationship with Collins and Reid, despite flattening the latter against QPR.….6/10.


James Collins has been solid and has lived up to his self-delivered billing as a much better palyer than the one that left for Villa. One howler apart, he has been solid and his extreme commitment is evidenced by his ranking as the Premiership player with most shot blocks so far this season. Also an aerial colossus……Please don’t get injured!...8/10.


Winston Reid has been fantastic. How much has this guy improved since his introduction in the relegated side of two years ago? I recall some snide comments doing the rounds when we ‘captured’ him after the World Cup but he has grown and grown in stature. And what a handy turn of pace as well! Who would have imagined that he would keep James Tomkins out of the side?....9/10.


Guy Demel has had frustrating niggles with injury but will be gladly welcomed back over the next week or so. The playoffs last season seemed to expose both the strengths and weaknesses of this assertive right full back but so far this season he has acquitted himself well and throws in some fine attacking contributions to match his solid defensive work…. 7/10.


Joey O’Brien has been our Mr flexible, turning out at right and left back as well as filling in at Centre Back for the last ten minutes vs Man City. A determined competitor who is never lacking in commitment. On the down side, a lack of natural pace can be exposed at this level but O’Brien’s experience helps him in this regard….7/10.


George McCartney has been his usual reliable self. He is clearly enjoying his football again back at West Ham and whatever he lacks in pace he makes up for in commitment and experience. He is starting to form a useful partnership with Matt Jarvis….7/10.

James Tomkins has really suffered as a consequence of his Olympic absence and struggled for all the beest possible reasons to get back into the side. Recent appearances suggest that he will be willing and able when the time comes and hoepfully his present injury is a short distraction....6/10.


Matt Taylor has had a frustrating time with injuries but has slotted in to a variety of roles and is a more than useful squad player. He lacks the pace of Jarvis and Vaz Te but has considerably more guile in possession and can provide a useful alternative to Noble for set piece delivery. Handy left foot as Fulham discovered. …6/10.


Momo Diame has proven an excellent signing, adding much needed muscle to the midfield both defensively as well as with his surging attacking runs as Arsenal found out to their chagrin! Also gets the nod for the most amusing faux-pas when he fell over the ball against Man City. A real powerhouse, long may it continue! …..9/10.


Kevin Nolan is many things to this side and has proven to be a masterful signing. A leader on the pitch, always niggling the opposition and pressurising the referee, he is also in effect a second striker and is our highest scorer to date. No doubt he can go missing when the pace of the game gets up, but maybe that’s how he drifts into unmarked positions to score those important goals that change games (and seasons)….8/10.


Mark Noble is Hammers through and through and seems to be finally realising the potential he has always had. He is clearly thriving on his role as the engine room in midfield and must be on the England radar. His delivery at set pieces has been good but could improve….8/10.


Matt Jarvis has been an exciting signing, tricky and pacey he is working well with a variety of left back colleagues. Cheeky and penetrating. Crossing could be more consistent.…7/10.


Ricardo Vaz Te was struggling to find his form prior to the shoulder dislocation against Arsenal. Also, that injury occurred because he left his foot in when challenging for a 40-60 ball against the keeper. Foolish. Never the less, he has many of the right attributes to make it at this level – pace, good all round technique etc- but needs to develop a little more composure….5/10.


Yossi Benayoun is clearly loving it back at Fortress Upton and his availability has been a Godsend in view of Vaz Te’s injury. Predictably, the seasoned professional has slotted in seamlessly and brings a crafty cutting edge that Vaz Te sometimes lacks. Yossi has never been blessed with blistering pace or deadeye crossing accuracy but has improved his defensive contribution considerably. …7/10


Modi Maiga has had scant chance to prove himself to date apart from a few appearances as a substitute, but these have suggested that he can bring something different to the table and he is presently tour highest scoring forward in all competitions!....6/10.


Andy Carroll looks happy and is enjoying playing for a team that want him and in a system that is designed to bring out his strengths. A colossus in the air, he casues mayhem whenever the ball is put up to him and its also pleasing to see the amount of tracking back that he does so that he often forms an effective first line of defence. The goals will surely come soon…... 8/10


Carlton Cole is experiencing a frustrating time and it’s looking like his time may be up. Reduced to substitute cameos, he has had only modest impact and has yet to score. The Christmas period, and whatever happens with the Andy Carroll situation will be defining for ‘Killer’ Cole….5/10


Gary O’Neill, Diarra, and Jack Collison are all established high quality pros and we look forward to their being available after injuries, but the way the team has been playing, they will need to be patient to get first team football. Similarly the kids (Spence. Potts, Hall et al) will need to be patient after blowing their chance in the Capital One Cup.  I suspect that Big Sam will use the FA cup to give the wider squad a run.


Sam Allardyce has demonstrated the difference between a proper manager and tactician rather than just a coach (Zola) or a passive administrative figurehead (Grant).  He cleared out the promoted squad where age and other issues required and without misplaced loyalty. Calm, assured, firm with those around him and despite the stereotype, actually the footie’s not that bad!...9/10


The Two-Davids have been reasonably quiet, letting Big Sam get on with it while stumpingd up the cash or weasling a financial deal where needed to provide him with a vastly better squad than the one that got promoted. We only have to look at Southampton and Reading to get a sense of the gulf between the two divisions. Hammers at heart they have steadied a sinking ship and brought proper management structures to the club such that we can look with confidence to the future…. 9/10

Hammer of this Quarter: Winston Reid 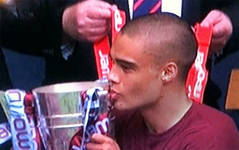 Winston accepts the VWH player of the quarter trophy 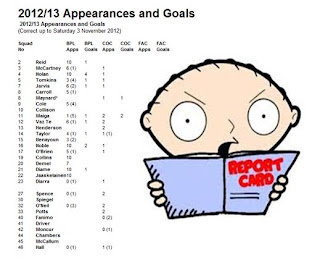