The transfer rumours are rife regarding West Ham right now, but perhaps the most perplexing is the proposed move for Swansea's Michu. The attacking midfielder experienced an excellent first season with the Swans, popping up all over the place and amassing a total haul of 18 Premiership goals. However, last year his strike rate was impacted upon by a lengthy absence through injury and reverted to the level that characterised his previous career in Spain - where he has operated at a goal every ten games or so. Hmmm. Not so impressive for a midfielder who has a limited contribution towards the team's defensive effort.

Perhaps all this is more surprising given that his preferred position is currently occupied by Hammer's captain Kevin Nolan, with the exciting emerging talent that is Ravel Morrison as understudy. It is hard to see where Michu might fit into this set up especially as the rest of the midfield is typically employed as a wall infront of the defensive wall that protects the Hammers goal? Verywestham can smell a conspiracy - probably involving QPR - whereby young Morrison's position is being destabilised by these rumours to encourage him to look beyond the Boleyn for football opportunities.

Other theories are that West Ham need Michu principally because of his amusing goal celebration, obviously borrowed from Paul Merson, as no current Hammers player has a celebration worth mentioning. Kevin Nolan's chicken dance is the only effort we have had the opportunity to see with any frequency over the last two seasons and it rates 'awesomely low' on the 'bodacious celebration' charts. 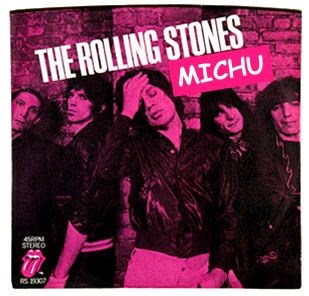 However, the backrom staff at VERYWESTHAM have already started wotrking on a new chant to go along with the proposed new signing. Sung to the tune of the Rolling Stoness classic "Miss You" the words go;

However, top psychobabbleologists have expressed the view that the rumours are driven by panic about the clubs current Premiership position whereby they are propping up the table - even before a ball has been kicked in anger!

Although this is merely a function of the Premiership's presently preferred alphabetical ranking system, so far only Lowly Yeovil Town have sought to have the system amended.

Professor of Sports psychobabbleology at Basildon University College Hospital, Hansi Von Pfaffmeister has explained "It is all in the head for today's Premiership players, it is a negative mindset that occupying the relegation spots, regardless of the reason, upsets the precious rhythms of these very vulnerable and mentally fragile sooperstars".


Perhaps even worse for the Hammers, being bottom at this early stage of the season is their own fault as they shamelessly seized upon Wolves' relegation to snap up Matt Jarvis, while their capture of the out of contract Mo Diame was a major factor in Wigan's tragic demise.

Right now it's a battle to seehow overfilled the Hammmers centre back and attacking 'hole' position can be. Any chance of a wide player entering the fray?