Late Squad Call Up for Hammers 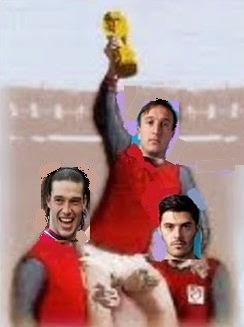 Hammers fans will undoubtedly have noticed that, perhaps for the first time ever, we lack a single club representative at the World Cup 2014.  Pablo Armero's contract expired at season'send and tFootball's highest stage is thus Hammerless. In one respect, this highlights the substantial English representation amongst our current squad, but also worryingly suggests that we lack a single player who is able to perform on the highest stage. It seems the best we can manage right now is for our top stars to occupy the rather lame back-up list reserved for late call ups in the event of injury, an ebola virus outbreak or alien abduction visiting the Hodgson squad.

However, in breaking news it has emerged that not one BUT FOUR Hammers have received call ups to the squad ahead of tomorrow's kick off against the Italians!!! Hammers fans will be delighted to learn that our ranks include a host of players who have been deemed to have ‘unique and important’ contributions to make to the squad, with the special abilities of Andy Carroll, Mark Noble, Ravel Morrison and James Tomkins all belatedly recognised by the wickedly myopic Hodgson.


Mark Noble: Executive Water Bottle Distributor and General Gofer: ‘Nobes’ is entitled to feel very disappointed with Roy Hodgson’s sustained and deliberate refusal to give him a run out in the England squad despite him being the most energetic and reliable player in the current Premiership!!! Noble was the player who topped the Premiership table for most yards covered last season – a statistic that will not be any surprise to Hammers fans. 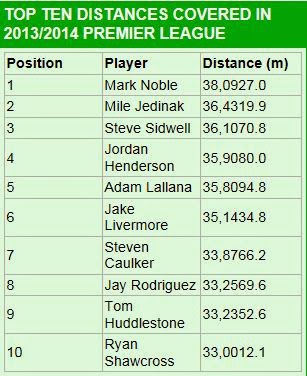 Luckily, Hodgson has shown his ‘reasonable’ side by allowing Mark to join the squad in the role of executive water bottle distributor, and no doubt his Duracell-like qualities and courage in the face of insurmountable adversity will stand him in good stead as he tries to make sure the England team have sufficient hydration in the intense and humid Brazilian conditions. Unfortunately, his superior fitness levels have not been noted as a desirable attribute for Hodgson’s playing squad despite the inevitability that England will need to chase the ball against technically-superior opposition, like the talented Honduras side they encountered in last week's thrilling 0-0 draw.
Oh! and of course there's the penalty taking.


Andy Carroll: Spiritual Matters: During his prolonged break from Premiership action, the muscular striker took time to explore his spiritual side, and at one stage almost morphed into Jesus himself!!!

It is hoped that Andy can provide England’s link to God – something the players will clearly need if they are to avoid the tragic scenes that surround their exit in the usual ‘death through penalty shootout’.


Ravel Morrison: Music and juggling entertainments: Top gangsta Rap artist Ravel is rumoured to be part-Brazilian and thus nicknamed ‘Raveldo’ by many Hammers followers. Morrison is considered to be not quite ready to become the new World Cup Gazza by carrying the hopes and expectations of the nation on his shoulders as the most technically-gifted English player in the tournament. This responsibility has been deferred until four years time when the world cup is scheduled to be replaced by an open-air sunstroke-dodging contest in Qatar. For now, Ravel can get some crucial experience of losing at the world cup and also provide a Brazillian-style talent for the English players to observe and practice trying to get the ball off during training. 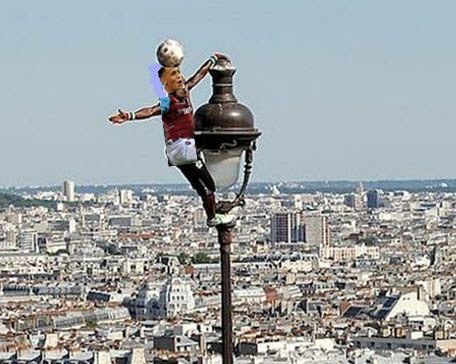 James Tomkins: Drugs and Alcohol Counsellor: after starring in West Ham’s pre-season care in the community DVD (where top stars advise youngsters about the various pitfalls of modern life) as the sensible alcohol use expert, Tomka decided to experience intoxicated antisocial behaviour for himself with dramatic results earlier this year. 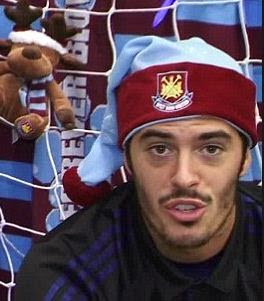 It is expected that the English players will need all the support that they can get to overcome the abject misery that being part of an England World Cup squad inevitably entails and the fully rehabilitated Tomka will be there to offer advice and support. Luckily, he also has some compelling video-teaching material depicting an overpaid Premiership Soccer Star misbehaving at a well known ‘celebrity’ niteclub. These horrific scenes are thought by some to be too extreme, but top psychobabbleologists reckon that they would scare the bejaysus out of even the most pampered football brat and will ensure absolute sobriety in the camp.


So there we have it – from Zero to four World cup squadsters! Hammers fans can be truly proud of the contribution of the club to the England effort. However, it some critics have suggested that this late involvement is merely a cynical ruse to try and capture the Hammers-presence that characterised the single previous English world cup success of 174 years ago. On that occasion, a Moore-Hurst-Peters triad overcame the mediocrity of the rest of the English squad to capture the trophy by virtue of their Bubbletastic footie that remains the preserve of East London’s finest!. 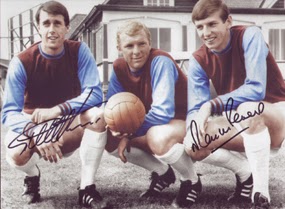 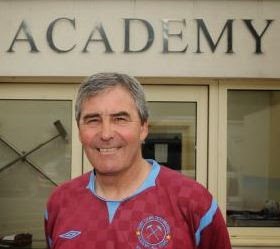