As VERYWESTHAM take a hard-earned break with a few days in Prague and Bratislava, we recall the players from these nations who have graced the Boleyn over the years - some good servants as well as some real legends!

Luděk Mikloško. Hammers legend. A bargain buy from Banik Ostrava in 1990, he quickly endeared himself to the Hammers faithful with his brave and excellent shot stopping. He went on to play 374 times for the team and was named Hammer of the Year in 1991. He then acted as goalkeeping coach until 2010 when he returned to his homeland. His son came through the youth system but didn’t quite make it. Top Hammer and the subject of the much lauded chant:


“My name is Ludek Miklosko,
I come from near Moscow,
I play for a team called West Ham,
And the people I meet,
When I walk down the street,
Say "Hey big fella - what's your name?",
My name is...”
Tomáš Řepka: Supertom is a Hammers legend after 5 years, 167 appearances, 5 red cards and no goals for. Never a dull moment, Tom was always 100% committed to the cause. It is rumoured that a tear rolled down his cheek on his farewell match, but nobody had the courage to ask him if he was crying or if it was just a bead of sweat. Rampaged through the Czech league upon his return bumping his red card haul to a world record total of 19 in top class footie!


Pavel Srníček another one to emerge from the academy at Banik Ostrava! Srnicek also played for Czech army side Dukla Prague who were immortalised in the half-man half-biscuit classic “all I want for Christmas is a Dukla Prague away kit”. He slotted in three appearances for the Hammers having provided goalkeeping cover just as he was exiting the English league after years of service at the toon. 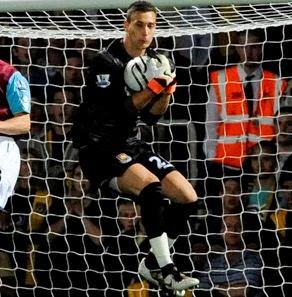 Marek Štěch:  No – Stech never played for Banik Ostrava! His Hammers career was stunted by the brilliance of Robert Green and despite a four year stint from 2008-12, he managed only three appearances in the League Cup for West Ham and was an unused substitute on 13 occasions in the Premier League.  He finally got fed up waiting and moved to yeovil town and recently moved to Sparta Prague.

Jan Laštůvka: Yes – another keeper from Banik Ostrava! Lastuvka played fro Fulham before joining the Hammers on athree year deal in 2008 but managed a single appearance in the league cup (where his blunder gifted the game to Watford) before leaving for the Ukraine where he remains with FC Dnipro Dnipropetrovsk.

Radoslav Kováč: A defensive midfielder, Kovac arrived for a 2 year stay in 2009. It is thought that his yellow card for tackling a fan during a Russian league match may have alerted Hammers chiefs to his Repka-like qualities, but alas, Radoslav's languid style was generally perceived as off the pace and mildly disinterested during his time at the Boleyn. Perhaps somewhat unfair judgement as he did notch up 53 appearances for the Bubbles boyz. 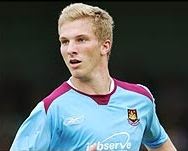 Petr Mikolanda arrived at West ham under the Pardew regime in 2005 having been a scoring sensation in the Czech second division with his physical style and imposing stature at 6ft 4 height. He did well in preseason scoring three goals but was then sent on loan to Rushden and Diamonds and Swindon before physical health problems curtailed his career and he had to undergo major kidney surgery. Still only 29 years old, he is trying to resurrect his career in the Czech league with Viktoria Zizkov.

Meanwhile, on the Slovakian side of things....


Vladimir Labant played for both Sparta and Slavia Prague before arriving at the Boleyn in 2002. He struggled with the rough and tumble of the Premiership and was let return to Sparta after just 13 appearances. He was capped 27 times by Slovakia.


Dusan Kuciak is a Slovakian netminder who spent 6 months on loan at Upton Park in 2006 but never got the call.


So, the Hammers have gotten some great service from both Czech’s and Slovakians, but we have yet to sign an ‘O’ – the forgotten tribe of CzechOslovakia. Maybe pinching a few Leyton Orient players from moanyface Hearn will suffice?
na zdraví!!!
Posted by Verywestham at 02:16