These are changing times at West ham – including the move from the fortress to the park. As ever, the supporter-sensitive board have sought to ring in the necessary changes, with a review of the club’s current crest as the latest element of the transition. Early reports indicate a desire to remove the castle from the current club crest and replace it with something more ‘London’ and ‘Olympic’. 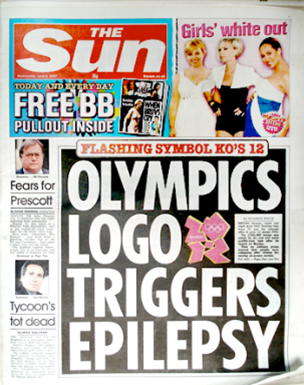 Although the board have confirmed that there are no plans to change the club’s name, there can be no guarantees that when they (inevitably) sell up to a major international tycoon / uber-wealthy oil sheik etc that all such bets will be off and we will find ourselves rebranded as Olympic London AFC, (formerly West Ham United).


Some fans are simply  loving the trendy rebranding and see it as an opportunity to steal a march upon other London clubs while further pouring further ridicule upon tragic Orient and the soulless droids over at No Heart Lane. However, for others these changes are proving more problematic. Executive Director of sports strategy at the club, Bobby Fisher, has expressed his disappointment – “Without the castle we simply cannot set out a full chess board – what’s next, no horses?”
Luckily there will always be pawns – the loyal supporters!
Posted by Verywestham at 14:33