Nostradamus Sits on the Fence as Hammers Prepare to Chew Toffees! 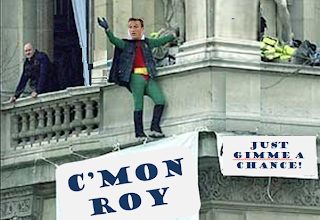 There have been many surprises this season. Leicester's sustained excellence, Chelski's bland mediocrity and Man United's refusal to attack. But through all this crazy uncertainty there has been one anchoring constant - Mark 'Nostradamus' Lawrenson's conviction that West ham will lose!

As such, Lawro's prematch prediction for West ham's visit to Everton will gravely unsettle those who crave consistency and order. The wise one has opted for a 1-1 draw which, we are pretty certain, means he doesn't believe West ham will lose!!!

Whatever next? Lukaku to NOT score in a game against West ham? Dimitri Payet in misplaced pass shocker? Maybe even the totally unthinkable, MARK NOBLE FOR ENGLAND???
Posted by Verywestham at 03:12