Welcome to 'New' Trafford: a place where visitors can party on success! 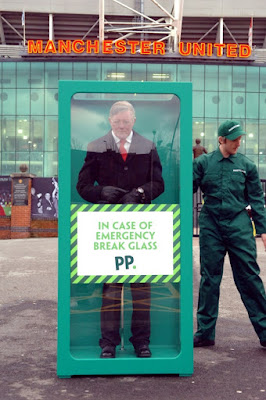 The bookies always win in the end. My grandfather and the majority of male members of our clan are bookies. They all make a comfortable living. However, the bookies do suffer occasional losses - something they see as a necessary part of drawing the punters in.


Which is as good an explanation as any footballing factor in understanding the odds quoted ahead of the FA Cup quarter final clash between a buoyant and on-form West ham versus a confused and tottering Man United.

Undoubtedly, home advantage is cited as a factor for these odds, but Mr Bilic loves to counterpunch and has a host of pacey and clinical forwards to put overcommitted opponents to the counterattacking sword.

Moreover, the increasingly disgruntled home support can be readily used against their side these days. LVG has served to galvanise these frustrations as anybody listening to 'shy' Paul Scholes ripping into the current crew on Thursday night will have noted. Manchester disUnited are very vulnerable tight now, mostly because of LVG's rigid and predictable tactics which contrast massively with the dynamic schemings of SuperSlav.

Rory Nostradamus says settle for a tenner on the Hammers to win.
Posted by Verywestham at 03:25