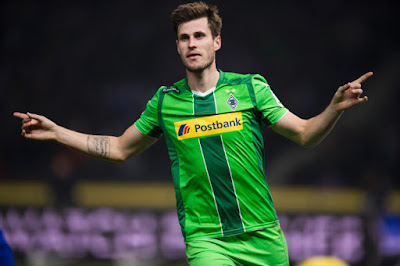 West Ham's preparations for Champion's League action next season continue with the announcement of a deal to bring Norwegian midfield ace Havard Nordtveit to the club on a free transfer at the end of the season.

The 25 year old was at Arsenal for three years as a teenager and has been a key element of a resurgent
Borussia Munchengladbach side for the past five years and compared to the famous BMG midfielder Gunter Netzer.

Netzer is recognised as one of the greatest midfielders of all time and remembered for his classic entrance as an extra time substitute in the 1973 German cup final where he decided himself that it was time for a substitution and as he startd to unzip his tracksuit 'instructed' the bemused BMG manager "i am ready to play now".

He scored 2 minutes later as Borussia seized a cup and league double!

Good luck to Nordtveit if he tries that stunt with SuperSlav!

Welcome to the happiest club in the world Havard!