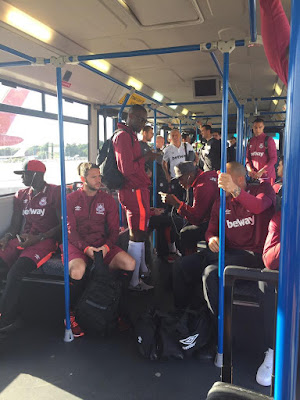 As if Slaven Bilic doesn't already have enough to be contending with at present, it now appears that there may be an intelligence mole inside the West Ham camp.

As this photographic evidence reveals, Bilic will try to stop the slide of embarrassing defeats by literally parking the bus!

With limited striking options and a basket case defence now devoid of its first choice keeper and right back, who can blame him. Given that its 187 years (ED: actually its only 42 games, dating back to 1963) since we last won at Anfield, maybe opting for frustrating the home side and hoping to catch them on the break is the best option.