Disaster Ahead of Leicester Clash 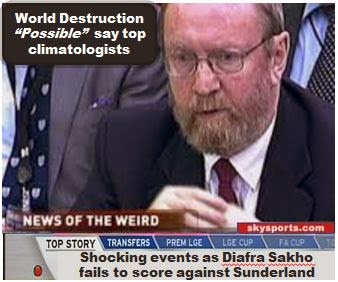 Climatologists across the globe have been on 24 hour alert all week in an effort to identify any suspicious changes to atmospheric pressure after a turquoise alert was issued last weekend. Top seismologist, Dr Poulo Windybottom, spoke of the worldwide concern after a number of suspicious and deeply worrying events, principally in the English Premiership football league.


Burnley’s bizarrely and unexpected victory at home to Southampton may have raised eyebrows, but by far the more concerning ‘oddity’ of the weekend was the fact that West Ham’s Diafra Sakho played for the East London outfit AND DID NOT SCORE!!!
This unprecedented occurrence has provoed considerable unease as it is expected to be followed by a serious of similar climate-based events that could include tidal waves, floods, cyclones and hurricanes, with even a small possibility that the end of the world might ensue! 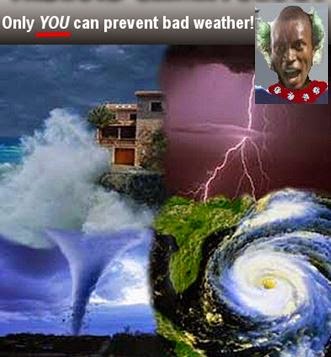 Sakho, for his part, has been unconcerned by these rumours and is just focused upon the upcoming game against bottom of the table Leicester who have lost seven of their eight games away this season. Not surprisingly, climatologists see this as an ideal opportunity to re-establish a sense or order on world events and to return Sakho's record to within statistical norms for him.


Meanwhile, in other weird and disconcerting developments, tragic Sheffield United have reached the semi-final of the League Cup thus providing a welcome distraction from their largely unsuccessful toils so far this season in Division Three.  The Blades passage was enabled by their second round win after extra-time and penalties at Upton Park – a result that signalled the very last instalment of the Tevez-sloppypaperwork affair.