As Tomas Repka’s autobiography is about to hit the shelves of bookshops all across the UK, with a plethora of shock revelations regarding deliberate foul play from the legendarily volatile Czech defender, we at VERYWESTHAM have opted to soften the shock for vulnerable fans by letting them in on some of the juiciest bits before the book arrives – a move that also can help cash-strapped fans in their efforts to cut down on unneccesary spending on Hammers-related merchandise.

Amongst the many “truly shocking and grotesque revelations” are included; 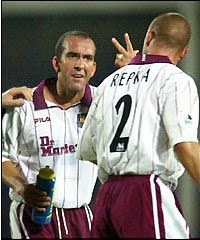 1. Although Repka received 19 red cards during his career, most of these were for minor misdemeanours such as “chewing gum in an unnecessarily aggressive manner”, "refusing to engage in the usual polite on-field player banter” and “coming across as deliberately Russian”. He even once got sent off for kicking the ball ‘too hard’ in the general direction of an opponent. Having gotten a reputation amongst the refereeing fraternity he then became an easy target for their increasingly over-zealous policing of Hammers matches – even receiving 149 yellow cards during his time at West Ham for 'crimes' such as for ‘not standing up straight’ and ‘walking around with his laces not tied up properly’. 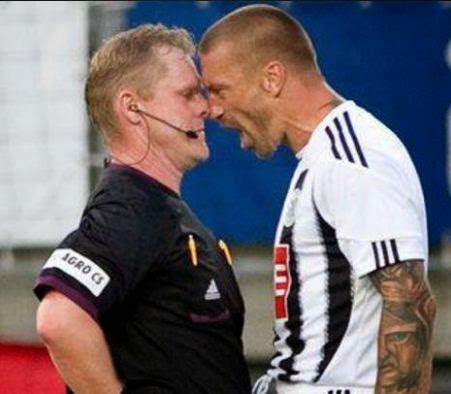 You're nice, you are...
2. Many of Tomas’ apparently ‘hard-man’ gestures are merely misinterpretations of the gentle fellow’s complex socio-behavioural profile. Tomas likes to share his cultured side with fellow perfomers in the great family of footie. For example, the forehead and nose touching that has been widely interpreted as an aggressive gesture is a common show of affection amongst the Eskimo community, with whom Tomas has deep empathy. Similarly, his ‘assault’ upon a photographer’s camera was merely a show of union with his Native American brethren who believe that photography can steal your soul. 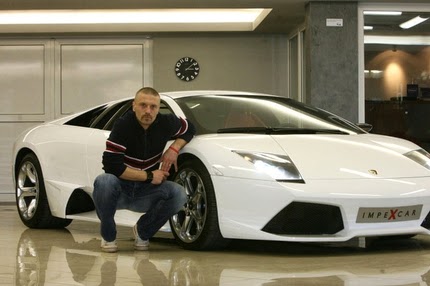 Drive carefully out there, my roadsharing  friends
3. Despite his hard man image, Repka often engaged in impromptu community policing – including filling in for the traffic corps by remonstrating with another motorist who was apparently driving in an inconsiderate manner and posing a danger to both themselves and to others. Unfortunately, due to the aurally-harsh nature of the Czech language, his helpful driving advice was mistaken by the other motorist for an extreme verbal attack. Thankfully, the whole matter was quickly sorted out when his pals in the local constabulary arrived! 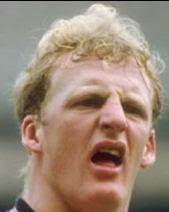 Wicked and merciless
4. ‘SuperTom’ as he was nicknamed by Hammers fans, hated to upset opponents, especially the weird geeky ones who are forced by the tougher guys to play in goals. As a consequence he never put any opposition keeper through the humiliation of picking the ball out of the net, preferring instead to leave that role to the wicked and merciless Iain Dowie. Amazingly, the kind-hearted Czech softie managed to maintain a scoring duck throughout his 188 appearances for the Hammers! 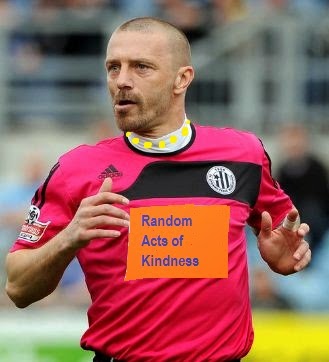 5. Tomas is a lover of all things artistic and his many tattoos have led to him being nicknamed ‘the human ink well’. However, rather than some cheap attempt to frighten other players, these are actually Tomas’ way of encouraging players to unleash their artistic side! Moreover, his favourite colour is the not so tough pink - as worn in this bring your own jersey for Friday training ground picture, while he also likes nothing better than to hang out with the artsy-fartsy set in his spare time, especially those who like to indulge in some traditional Czech cross-dressing. 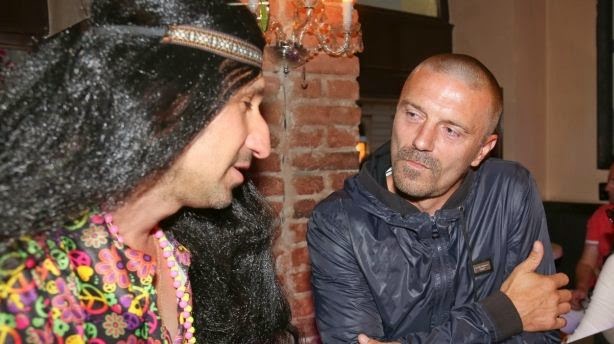 6. Finally, Tomas’ love of poetry extends to include even the rudimentary rhyming couplets so often employed by football fans to express their happiness when embracing the cultural feast that is the modern English game. Despite its mock-violent thematic slant, Tomas frequently smiled at the ironic chanting by Hammers fans of the 'Repka song', including the classically hyperbolic lines;