Demel goal makes all the difference! 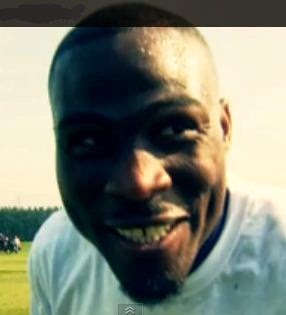 Guy Demel’s determination to break his Hammers scoring duck reached a new level of intrigue today as he was caught on film trying to impersonate Carlton ‘Killer’ Cole during the visit of Sports Comic Relief for the charity Crossbar Challenge. Each player announced themselves as they pitched up to take a shot but in Guy’s case he introduced himself as “Carlton Cole – Striker!!!!” 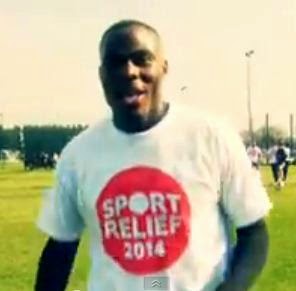 This is thought to have been the latest in a number of clumsy efforts to play up front by the tenacious right back. Observers have noted how Guy has become obsessed with getting on the scoring sheet for the Hammers, especially since his unfortunate own goal against Liverpool in December which was the start of an embarrassing 4-1 rout. 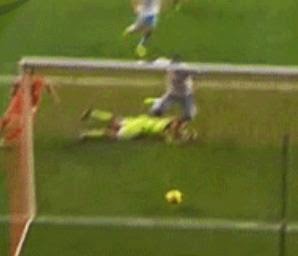 Not one to celebrate.
Moreover, the Ivorian was tantalisingly unlucky twice during December – firstly when a thumping header came back off the crossbar against Norwich, and then even more frustratingly, his first “goal”- a scrambled effort against Slumberland - was disallowed by spoilsport match referee Andre Marriner. 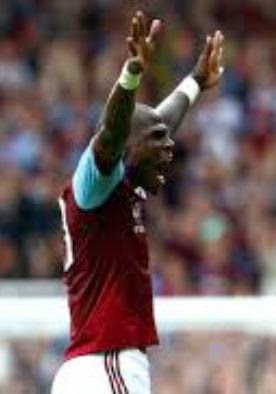 6-1 Against
Likewise, fans have become increasingly desperate to find out what the Demel goal celebration will entail and PatsyPoormakers have even started a book, with the current favourite an audacious back flip at 7-2, followed by the simple but effective double arms aloft salute at 6-1. Conversely, at 500-1 it is thought that he is unlikely to engage in the dugout vandalism that got Italian star Jacopo Violan sent off for excessive celebration of his goal in an Italian lower leagues game between Pontilcelli and Riolo Terme!!!

OUCH!!!
Meanwhile, the defensive masquerading continued with an impersonation of James ‘Ginge’ Collins doing an Andy Carroll imitation, with a realistic wig and Geordie accent. He also managed to banana-kick the ball with incredible lifelike similarity to Hammers striking sensation. 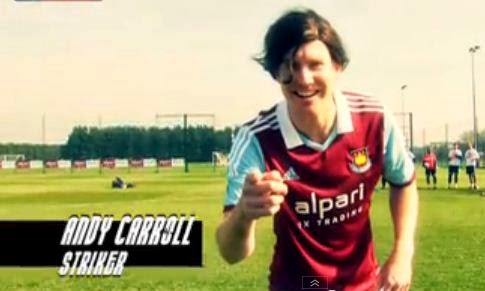