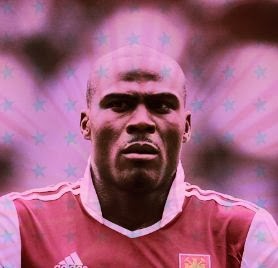 There can be no doubt that one of the highlights of the West Ham season to date has been the impressive partnership down the right side between Stewart Downing and Guy Demel – but while Downing has received most of the plaudits for their efforts, the astute footie observer will have inevitably noticed the massive contribution of the muscular but skilled Ivorian at right back. Whether it's pressurising attackers into mistakes, or romping down the right flank cutting a path to the opposition goal, quite simply, Demel has been a footballing sensation!


With the most games of any defender at a massive twenty four appearances, Guy (pronounced 'GEEE') has the highest tackle success rate at 62%! Moreover, this defensive prowess is complemented by sustained discipline with the lowest caution rate of all our defenders at a mere three yellow cards – a testament to his experience and discipline under pressure- that’s just one caution for every 12 hours of action! 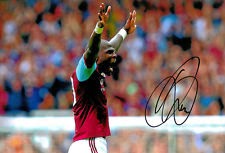 Nice neat handwriting for autographs as well!!!
Moreover,  VERYWESTHAM’s novel player assessment system includes the crucial-for- fans attribute of ENTHUSIASM FOR THE CAUSE – largely based upon tenacity when things are going against us - for which Demel scores the superhigh rating of 92% - even during the difficult Yuletide period, Guy kept positive with his infectious smile and even took to cheering depressed fans up with some 'hilarious' acrobatics! 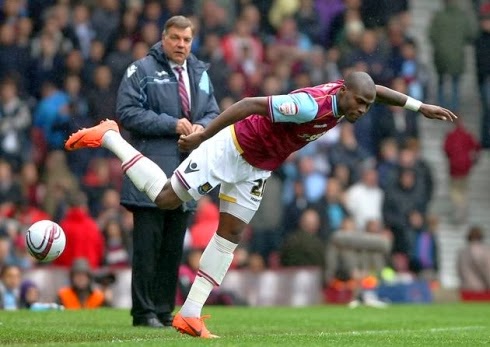 But it is in pass accuracy that we best see the evidence for Demel’s sensational partnership with Stewart Downing – the highest accuracy of any Hammers’ defender and a whopping twelve key passes!!! These have generally followed one of his trademark swashbuckling runs into the opposition half during which some fans have been known to close their eyes in excitement.

Guy’s absolute unselfishness is evidenced by the fact that he has refrained from actually scoring himself, leaving it to the more avaricious types such as Kevin Nolan. Never the less, it is a wonder that despite their industry and trickery, neither Downing nor Demel have yet scored for the Hammers!!! A fact that has left Hammers fans speculating as to the nature of the Demel goal celebration? 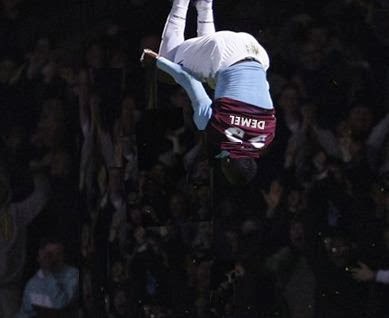