Hardly a man associated with fairy tale endings, Nicolas ‘Le Sulk’ Anelka has managed to impress at a multitude of clubs during his career by virtue of his goal scoring prowess rather than any outward show of allegiance or commitment to the cause. The latest debacle at West Brom, where player and club are engaged in a brow-beating sacking contest after his admonishment for performing a quenelle gesture after scoring a brace against a hapless Hammers defence in December’s 3-3 thriller at the Boleyn.


Although Anelka has pleaded ignorance in respect of the potential for interpretation of ‘Le quenelle’ as an offensive gesture, it’s difficult to see how someone from his background could be unaware of its significance. Pleading cultural differences is a nonsense when those very cultural differences bring a greater awareness of the various sensitivities of the issue at hand. Moreover, footie fans are only to aware of the considerable and careful planning that players make in respect of goal celebrations as they are only too aware that such moments bring five seconds of intense scrutiny with the attendant opportunity to ‘impress’. 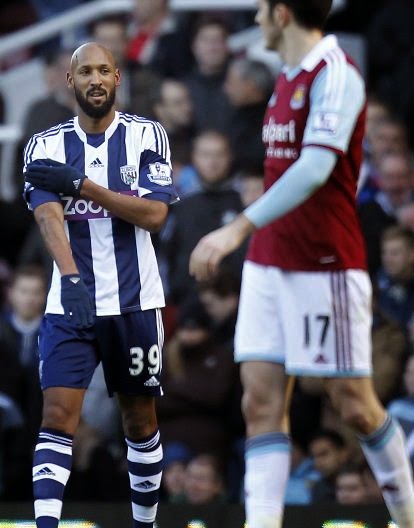 So with Anelka on the loose again, and with a history of working well under Allardyce in the past, he could well provide a useful striking option for the Hammers (albeit not until next season). However, at 34 his trademark pace is slowing, and apart from the brace against a makeshift Hammers defence (a third tier centre back and a left back), Anelka has hardly troubled defences at any level (even Chinese soccer!) since leaving Chelsea 18 months ago. However, some critics have noted Anelka’s comments that he would like to follow a career as an actor “because it’s different to football and there’s no ball”. 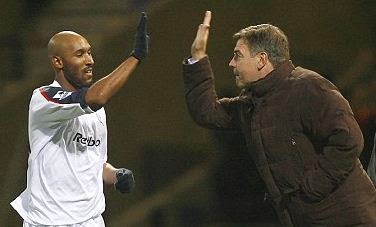 He might find a spell under the current Hammers regime an opportunity to indulge such desires!