﻿
﻿
Little did his mentors down at the Boleyn know it at the time, but the ‘token’ educational sessions provided at the academy for the young Frank ‘destined to be a major star’ Lampard would reap the benefits of a top publishing deal and join the long list of footie literary heavyweights. However, in the latest twist in the incredible Lampard tale, Frank has released a series of childish stories about football that parents can use to induce sleep in their kids at bedtime. Sources have revealed that the stories are really insomnia inducing – up there with counting sheep and the like!

Loosely based upon his own experiences as a top flight professional footballer, readers who will be hoping to get some insight into the saucy goings on in the Chelski dressing room will be disappointed as the stories are said to be mostly based upon the well tested Roy Race / Fulchester Rovers theme with ’our’ Frankie starring as the hero. The majority are thought to  involve a storyline along the lines of Frankie being unable to make the start of a crucial Chumpions League tie due to flight delays / military coups in one of the many African countries where he is involved in important charity work, but amazingly, gets back just in time to score a double hat-trick and save the day, de blah blah…

Meanwhile, Irish soccer pundit, Eamonn Dunphy, who penned possibly the greatest football book of all time “Only a game?”,  is said to have lashed out at the project as a pointless waste of time, even for a washed up has-been, before using the whole debacle as yet another prime example of the seemingly boundless narcissism of our football ‘stars’. 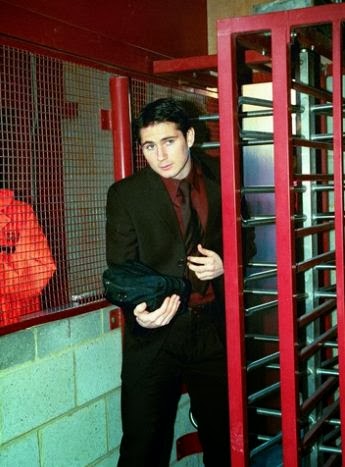 However, in a surprising twist, Lamplard is rumoured to have broken from the tedious constraints of the ‘i am the hero – come worship at the museum of me’ theme, to take on a more controversial plot in the finale of the series. In the ‘challenging’ episode, our Frankie , turns nasty and rails against his formative club, forgetting those who helped him during his crucial early years and even vowing to score a goal to relegate his former club!!!. Happily, Frankie is brought back down to Earth when he finds himself surplus to requirements at his chosen club who are merely the plaything of an evil and ruthless villain.


Other rumours suggest that Lampard may embrace a range of new roles when he finally deems to quit top flight football including as a peace negotiator in war torn zones such as Somalia and Newham, as well as an astronaut in a planned mission to Uranus. It seems for polymathic Frank that the options are infinetessimal…


Meanwhile, VERYWESTHAM have started a campaign to get our very own ‘Frankie’ – the legendary Frank McAvennie – to pen a series of ‘adult’ stories about a cheeky but loveable footballing rogue who manages to score on and off the pitch. Now that would make for a proper bedtime read! 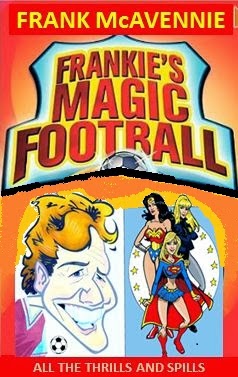