A nation has watched in suspense ever since Andy Carroll became the red card victim of Chico ‘Squealin’ Flores’ and his outrageous feigned injury – a verdict that could seriously jeopardise the Hammers annual survival push due to the associated three match ban for their swashbuckling star. Alas, despite the obvious error of Howard Webb’s initial decision, the committee upheld the suspension in a bewildering miscarriage of justice at today’s hearing.


So far, the best explanation for the surprising decision has been that the committee were so amused watching video evidence of Flores’ comical and most unmanly histrionics that they could not gather sufficient composure to deliver a coherent verdict. One member is rumoured to have been hospitalised with stomach cramps – such was his amusement at the whole nonsense! A porter at FA headquarters revealed how the committee were allegedly ‘rolling about the floor in tears – much like Flores antics on Saturday’


In response to the FA verdict, the central war council at VERYWESTHAM have been forced to take the extreme measure of unleashing the dreaded ‘Curse of the Bubbles’ upon Swansea. Previous targets have included Luton Town, Oldham, Sheffield United and Wigan. The curse is terrifyingly powerful and known to result in almost immediate relegation. In the case of Swansea, the offensive sacking of manager Michael Laudrup may result in their receiving a ‘Full-Luton’, with the inevitable associated descent into the non-leagues where the tragic Hatters of Luton now reside. 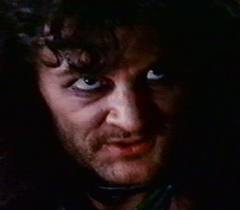 In related developments, the affair has generated renewed interest in the cult 80s film classic ‘Withnail and I’ where in one revealing scene drug dispersal officer Danny stumbles upon an explanation for the reason that underpins bald men’s annoying tendency for foolish pedantry – “Hair are your aerials man, they pick up the signals from the cosmos & direct them into your brain. This is the reason bald-headed men are uptight”.


The events have been good news for Danny and his mates - who were the original developers of dolls that have lifelike functions, such as crying and incontinence. The industrious chaps are said to be already designing a prototype Chico-Flores doll with fake tears and sound effects that include a squealing and whinnying option. The manufacturers are urging users to only apply the ‘double incontinence option’ for incidents where there is actual contact with the sensitive star – unlike Saturdays ‘coming together’ of the ponytails.


Other products in the new ‘Flores is a cheating crybaby’ range include a Chico voodoo ragdoll that can be kicked around or used as a pin cushion with devastating effect upon the hyper-emotional sportsperson. Stocks are already running low at the Hammers merchandise shops as angry fans are queuing up to seek revenge on the dishonest defender.


However, for the unfortunate Hammers, this may provide the perfect provocation in their fight against the drop as previous concerns regarding possible relegation were deemed ‘only slightly troubling’ since many of the current squad are deemed too old or not sufficiently skilled to survive into the Olympic Stadium era. However, todays FA ruling will almost certainly galvanise efforts as the injustice of the whole affair has now made it ‘personal’.
Posted by Verywestham at 15:29