Hammers in late surge for Europe! 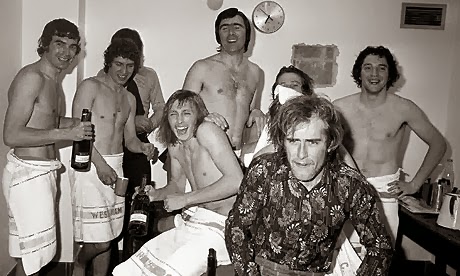 As the buoyant West Ham squad head to Dubai for some well-earned sunshine and relaxation before their next match in ten days’ time, it has emerged that they have gotten a taste for travel and are planning a late bid to seize one of the Premiership European places. Presently resting in the top half of the Premiership table, and a mere 19 points behind the unpredictable and eternally shaky Hot spurs of Tottieham, the Hammers have a new found champions-level form that puts them top of the Premiership ratings on their performances over the past 4 games with a whopping 10 points – a recoed blemished only by Chelsea’s flukey home point against what was a swashbuckling and dominant visiting hammers side.
Moreover, the Hammers will be only too welcome in any of the top hotel  resorts across Europe as they are incredibly eco-friendly, having kept the most clean sheets in the Premiership this season – with their present ‘no skid marks or other blemishes on the linen’ record resting at 13 occasions this year! It is rumoured that the squad use the least amount of hotel towels when on tour of any Premiership club, with some players apparently doubling up on towel use to conserve laundry efforts.

At such times, however, it is incumbent upon the fans of the altruistic East End club to spare a thought for the less fortunate amongst our footballing brethren. Even as we look towards our future swanky European engagements, we thank our lucky stars that we aren’t struggling like poor Sheffield United, who despite receiving a donation of trillions in compensation from the Hammers,  are now facing an arduous encounter with the mighty Brentford that is crucial if they are to stave off yet another relegation (this time the old fourth division looms) and, perhaps most tragic of all, desperate Millwall in freefall at the foot of the Chumpionship.


Thankfully, both sides are grim enough to endure these terrible times. I’m sure Big Sam and the lads will bring them back a stick of rock from their travels…
Posted by Verywestham at 04:15