West Ham’s recent red hot run of form has been closely linked to the return of their experienced defender James Collins. It is no wonder, therefore, that Hammers fans have been left sweating by reports that he has returned home from the training camp in Dubai and said to be in a critical condition after sustaining second degree burns during a game of beach football.

Collins, who is nicknamed ‘Ginge’ due to his preference in tasty biscuit snacks, is especially vulnerable to such problems having previously sustained similar sunburn injuries during the pre-season trip to Southend on Sea FC two years ago.


The unlucky Hammers medical team will be cursing their bad luck as the East End side are lacking in ‘ginger experience’ having had a dearth of red-haired players over the years. Apart from rubicund Steve Lomas, only Hayden Foxe and Robbie Slater’s brief periods at the club the only previous need for high factor sun screen in living memory. 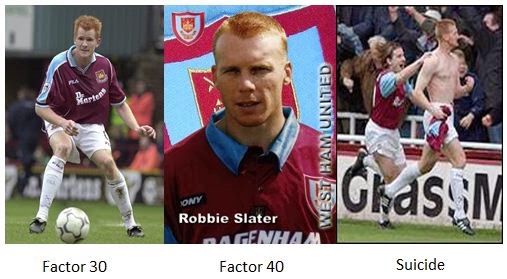 Elsewhere, concerns have been expressed for the safety of the resurgent Matt Taylor after it was revealed that Colombian soccer star Juan Pablo Pino was recently jailed for displaying a tattoo of  Jesus whilst visiting neighbouring Saudi Arabia. 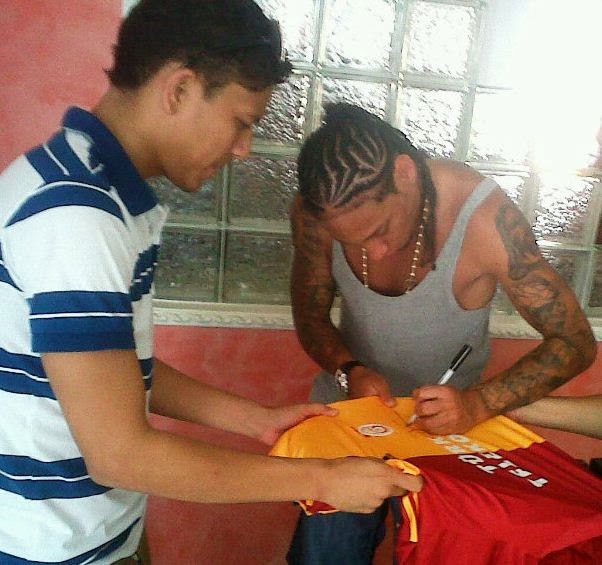 It is thought that along with Jack Collison, as the most Ink-Adorned Hammers, the pair could easily be singled out to be made an example of by the ever so strict UAE authorities. 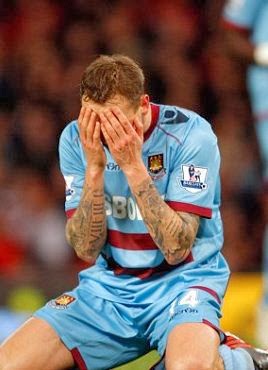 The Hammers squad have been warned about excessive displays of affection during goal celebration trainings and reminded about the British couple who were jailed in 2010 for one month for ‘kissing’ on the beach in Dubai. In order to set an example, open shows of emotion have been banned – even amongst the West Ham suits! 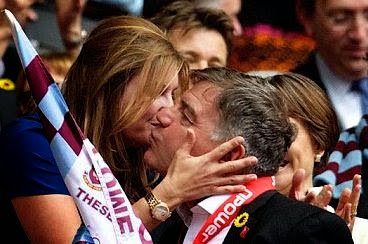 Undoubtedly, the visiting Hammers will be invited to engage in kick-abouts with local football outfits – an experience they may find unexpectedly challenging as the UAE players are known for their trickery. The prime example was that of UAE legend Theyab Awana who scored an audacious back heeled penalty goal during an international versus the Lebanon in 2011. 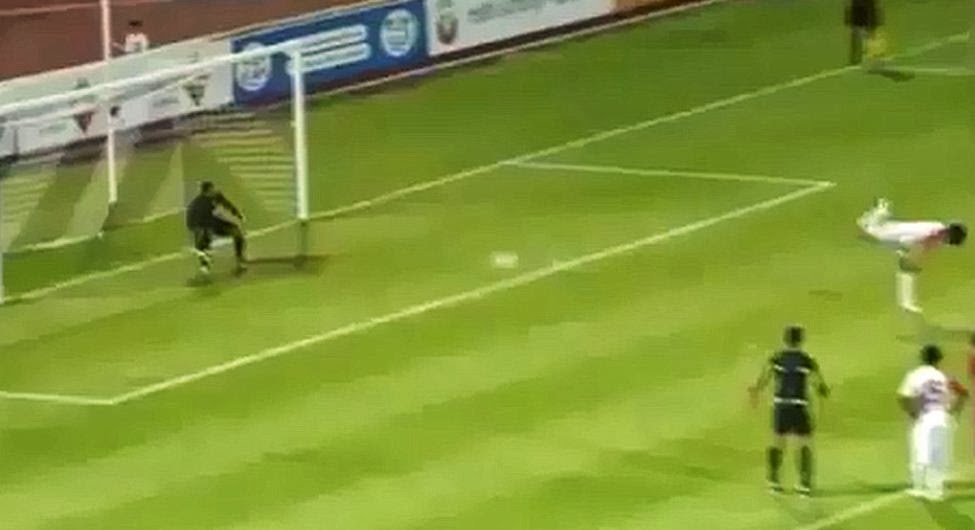 Top that if you can - 'Raveldo'
However, Hammers #1 stopper Adrian has some tricks of his own and will surely be capable of dealing with such tomfoolery having now passed over five consecutive hours of Premiership action without conceding! 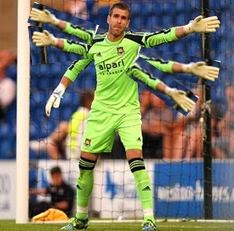