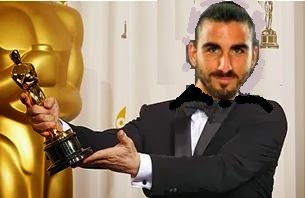 West Ham demonstrated the sort of guts and nerve that are typically associated with troops being marshalled by Sam Allardyce Big Sam’s troops in what became a tense affair at Upton Park. Swansea’s defence were totally bossed by a rampant Andy Carroll and were forced to feigning injuries in order to cope with his aerial dominance. Carroll’s knock downs directly led to both of West Ham’s goals as they notched up a two goal half time lead courtesy of a Kevin Nolan double.


The game was to turn on a bizarre refereeing decision early in the second half when, apparently on the advice of his assistant, the normally astute Howard Webb decided to brandish a red card for an innocuous handbags encounter between Carroll and the histrionic Chico Flores, who was suddenly rolling around the floor holding his upper face even though camera footage clearly indicated nothing more than a minor palm contact with his forehead. Nonsense, total nonsense! 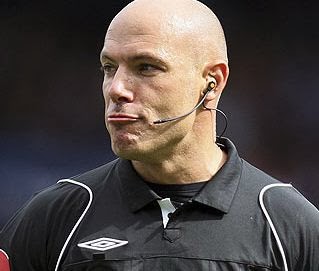 In truth, however, even though there was still over a half an hour of action remaining, most Hammers fans believed that they could hold on as they had been tremendous up to that point while, in contrast, Swansea looked clueless. The Hammers regrouped and decided to remind us of just how good they can be when they have a fully manned back line. Collins and McCartney in particular seemed to be everywhere, and in midfield Mark Noble hustled and harried endlessly. It was tense but in reality Swansea were unable to create a clear cut chance and their best effort at getting back into the game came courtesy of a deflection. 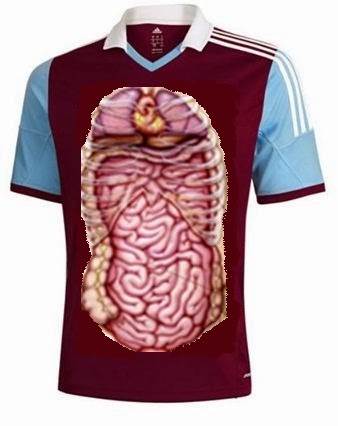 Before the final whistle we got to see Winston Reid return to action which served to further cheer Hammers fans who witnessed another gutsy performance. Let’s hope that Andy Carroll can successfully appeal the red card as his presence was a source of mayhem that Swansea never got to terms with and never recovered from once they went behind. 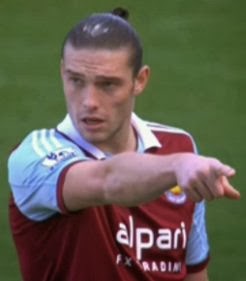 Specsavers is that way ref
Next up its Villa away, then home to Norwich and Southampton…season-defining games for sure!
Posted by Verywestham at 08:08