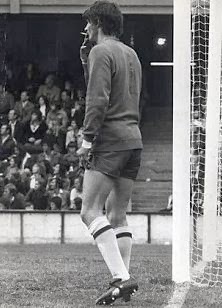 In the midst of all the turmoil at Upton Park with possibly the clubs worst ever December period in all of their history, rumours abound that Big Sam has clamped down on a range of player behaviours and made it clear that there is to be no smoking or boozing by players who are likely to be selected for the first team. Special allowances could be made for players who are mostly engaged in bench-warming, although there has been no official statement from the club.

These draconian measures may come as a big shock to some members of the staff but they are unfortunately necessary given the terrible circumstances the club finds itself in.  Even worse for James Tomkins, as punishment for his recent arrest whilst attempting to storm the set of TOWIE, he has been made to sit and watch endless reruns of his own sensible drinking advice in the Hammers advent series of podcasts. Similarly, current captain Kevin Nolan has been forced to watch footage of his two recent red cards along with his own ridiculous whinging about the more than justified decisions. 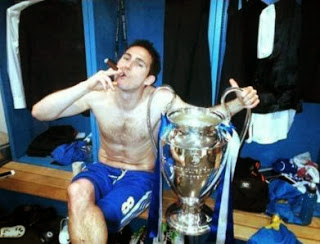 Any homecoming is increasingly unlikely
As the side head to Nottingham’s florist in a now meaningless and unwelcome distraction from their Premiership survival campaign, Big Sam is apparently on the phone continuously trying to beg some of the out of work football stars to come and bolster the Hammers injury-ravaged squad. Thankfully, the boffins down at Chadwell Heath have invented a Benni-Mido screening device that can detect utter chancers (the Mercenaryometer®)  and it is expected that any new recruits will receive appropriate screening for ‘not up to or for it’ behaviour bafore any contracts are dished out. It is expected that this will exclude more than 90% of the players being linked in the media with the Hammers. 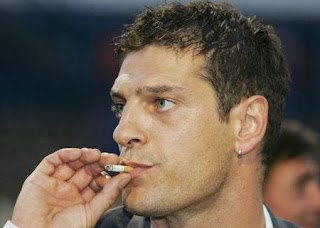 It is unclear whether Bilic will maintain the ban
Posted by Verywestham at 04:29