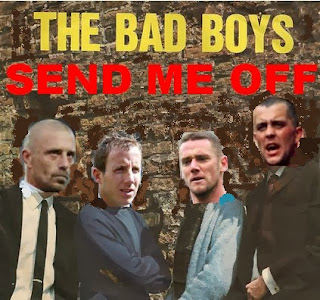 In this season where there has been so little to cheer in respect of the Hammers, we are reminded that in our last relegation season the disappointment was softened by the award of Football Writers Player of the Year to Hammers captain, Scotty Parker. In all the disappointment of taking the drop, we at least had something to celebrate!

Current captain, Kevin Nolan, has recognised that fans desperately need a pick-me-up and something successful to hope for. With the virtually impossible task of trying to overcome Manchester City in the Capital One Cup semi-final, and the need to put out a weakened team against Notts Florist in the FA Cup, the only real hope is for one of the individual player awards. To that end, it appears that the crafty Nolan has identified the Most Red cards bad-boy award as the most attainable outcome for this season.


Nolan is, of course, following a long tradition of illegal behaviour amongst the Bubbles players, with Tomas Repka the most red carded player of all time at 17 reds, while Julian ‘Terminator’ Dicks managed a Whu-pping 14 dismissals – and most of them during his two spells at Upton park. Moreover, even in the ‘misdemeanors’ section, Ex-Hammer Lee Bowyer is the most yellow-carded player in Premiership history with a sensational 99 cautions to his name!!! Nolan, is making a late run with his two recent dismissals, bringing his grand total to 6.
Unfortunately for Nolan, his recent form in front of goal has been so poor that he is unlikely to get many opportunities to pick up cautions for excessive goal celebrations.
Posted by Verywestham at 10:10