In rancorous scenes reminiscent of TV’s Game of Thrones, VERYWESTHAM’s press office are rumoured to have issued a footie fatwah against the unsportsmanlike Chelski manager Jose ‘ Joffrey’ Moaninho, who last night branded the gallant Hammers troops “medieval” after they frustrated his impotent Chelsea side at Stamford Bridge. 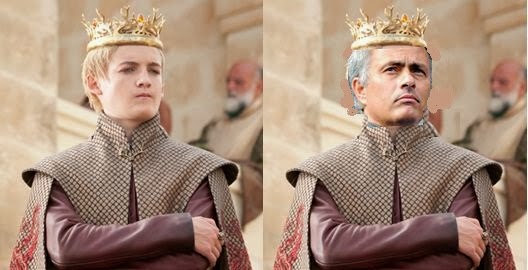 An outraged Hammers follower ranted – “That Mourinho is a right noisy little pipsqueak, just like that horrible little Lannister boy what had Sean Bean Killed in Game of Thrones”. In a further Joffrey-like outburst, The Spiteful One  suggested that West ham had ‘cheated’ their way to what most independent observers (i.e. Chelsea-haters) have labelled a well-earned point. 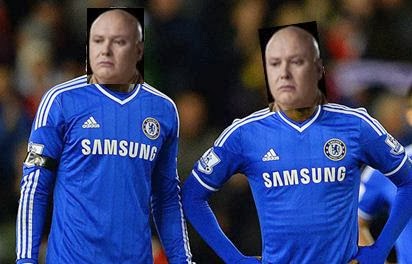 In a series of vitriolic exchanges, Hammers fans have likened Mourinho’s expensive strike force to the high profile Eunuch of Kings Landing who – just like the overpriced Blues - is better with words than his sword. 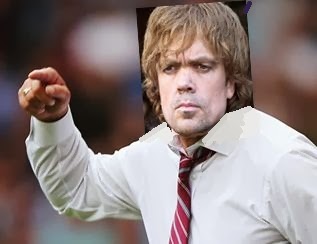 Meanwhile, Hammers boss Sam ‘Tyrion’ Allardyce smirked as he outlined how he had outmanoeuvred his narcissistic equivalent at Chelsea. Mourinho was expecting an aerial attack so we decided to defend in numbers on the ground. Frank ‘Kingslayer’ Lampard almost had a hand in undoing the Hammer’s efforts with a late effort but goalkeeper Adrian palmed it away superbly.


In other 'Thronie' football developments, Sean Bean who, just like his beloved  Sheffield United, exited the action a number of seasons ago, is said to be even more unhappy than usual after the footballing world once again conspired to rub salt into the festering wounds of Tevezgate.” I’m sick of those bloody Southerner City types” whined the high profile Bladewatcher. 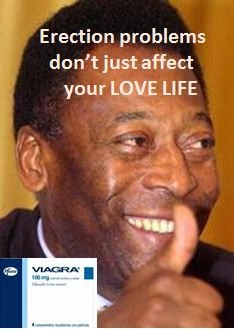 There was happier news for the impotent Chelski side as Soccer legend and Erectile dysfunction advocate, Edson Arantes Do Nascimento AKA Pele, has offered a proven effective solution for the limp Chelsea strike force
Posted by Verywestham at 07:27