No hope for hedonistic Hammers!

In the latest revelations to rock the footballing world  it has emerged that West Ham’s superstar striker Andy Carroll was ‘caught’ revelling in a nightclub whilst on  Summer leave!!! Even more shocking is the revelation that he dressed up as a dancing bear and may have consumed alcohol. Whilst authorities at the Boleyn will surely take action, one can only imagine the pressure upon the FA to put a stop to such unacceptable behaviour. 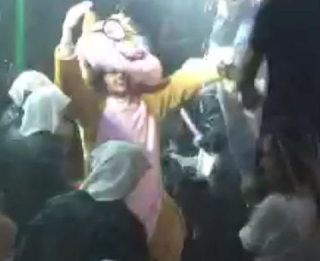 This provides more damning evidence of a culture of happiness and fun at the club that poses a huge obstacle to achieving the sort of grim stoicism that characterises ‘winning’ clubs such as the dour devils of Manchester United who, remarkably, have managed to replace Mr Grumpy with a new manager who is possibly even more curmudgeonly.

'Les Miserables'
Perhaps even worse, emerging evidence points towards similar careless and carefree abandon by a whole host of Hammers legends, with former stars seizing every opportunity for booze-filled mayhem. 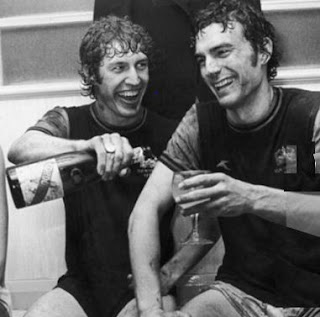 Our undercover reporter has even managed to get access to the epicentre of the booze-peddling culture, located at the Boleyn ground itself! 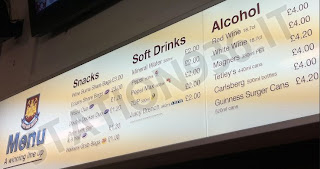 Moreover, it seems that some former stars have taken to using their boozy skills to find careers after their playing days have ended.

Meanwhile, Hammers fans were out in numbers that haven’t been seen since the Bond scandal of the 1990s in an attempt to stave off any campaign to remove the sense of joy and fun that prevails at the club. 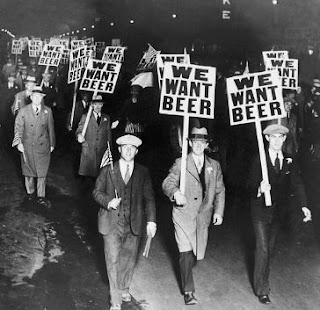 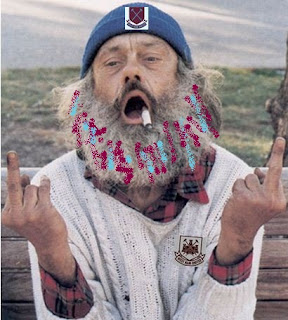