Although 6-2 sounds impressive, we need to recognise that it's just par for the course against a League of Ireland side who used the opportunity to give a host of their under 19s a run against Premiership opposition. However, the game was wholly entertaining and there were good opportunities to run the rule over  some of our squad summer additions.


First up, Razvan Rat looked solid at left back. Nothing too adventurous but steady. On the less positive side, Cork City’s second goal resulted from a cross from a dribble down his wing where he was beaten for pace. Hmmm. Hard to know if there’s much to distinguish him from Georgie McCartney or Joey O’Brien. 88 international caps suggest that he is reliable and with Jarvis penetrative abilities maybe we just need a solid presence to cover that wing. Hmmm. 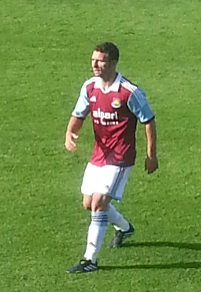 The new goalie, Adrian, looked a bit nervy and had a bobbly back pass to deal with that almost went pear shaped before dribbling out for a corner..... And then there was the second goal from Cork City…..a keeper’s ball in my book as it came across his six yard box from the right wing. Hmmm. 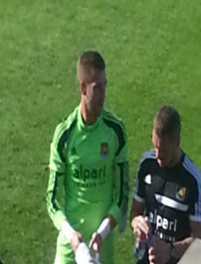 Danny Whitehead looked lively and was a good physical presence during the second half as well as combining nicely with Paul McCallum for the fourth Hammer’s goal.


Let’s face it Alou Diarra and Ravel Morrison probably count as squad additions given their limited presences for last years campaigns and both looked committed and lively, and for each a goal to round off successful returns to the Hammer’s set up.  As always, Modi Maiga looked lively and could have had a brace with a little better fortune. It's hard to know what comes next for Modi....it's hard to judge a player who still has not had a decent chance in the first team. 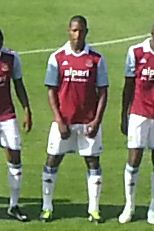 Finally, it has been widely reported how Titus Bramble is currently out of contract and training with the West Ham squad. Is this a trial – his presence on the trip would certainly suggest so? If so, Titus lived up to his billing – looking sluggish and for this observer brought Gary Breen to mind……and a host of players who have been awarded status in the Allen McNightmare Hammer Hall of Horror. A Perhaps dropping down a division to return to Ipswich would be a good outcome for all concerned?
Posted by Verywestham at 11:43