Just as the Cork City game brought old mates Carl ‘The Dav’ Davenport together with Sam Allardyce, Boreham Wood reunited West Ham’s young starlet Pelly Ruddock with his old employers, and so Bournemouth provided the stage for former Hammer Steven Purches to bring together the two main footballing homes of his career for a testimonial in the stunning July sun. For Hammers fans, a number of shared issues – Harry Redknapp’s periods as both player and then manager,  and who could forget Jermain Defoe’s remarkable loan period at Bournemouth before he broke in to the first team at West Ham 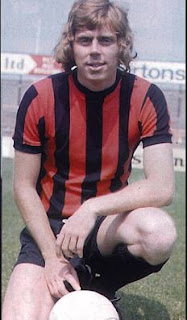 No, NOT AC Milan!

And so another chance to look at the side – bearing in mind that Bournemouth are not quite the minnows of old, with championship status and a big season ahead under Eddie Howe. Happily, there were many positives to digest;  Some nice flowing football from the Bubbles boys with Rasvan Rat looking increasingly comfortable at left back. Kevin Nolan again popping up with a goal and always looking likely to do something useful. Modi Maiga lively and again unlucky not to score as the inside of the post dnied a decent second-half effort. Joey O’Brien returned for his first appearance since last year and of course, the match provided a first chance to view the new away kit in active duty. Personally, I’m a sky blue with double claret chest lineage fan – the all-white alternative seems so much less elegant! 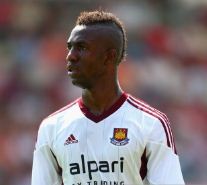 Modi - Unlucky (again)
Back to the football, solid performance, Joe Cole looks close to his best again and the returning Momo Diame looked good when he came on mid-way through the second half. It was nice to see a Collison goal and another clean sheet. The on-trial Dutch midfield veteran Orlando Engelaar – at 6ft 5Inches brought Papa Bouba Diop to mind but there was limited chance to get a good look at him. Good to see Elliot Ward again – a youngster who has not quite lived up to the Billy VBonds billing the VeryWestHam crew gave him some years back when he first emerged. 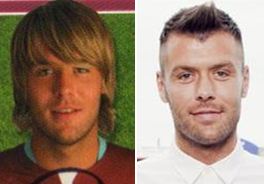 Oh, and not to forget to mention that the fans were treated to a rare viewing of ‘Sicknote’ himself, none other than Darren Anderton – a real talent who’s career was sadly blighted by injury. Perhaps a lesson there Lads, enjoy it while you can, as all it takes is one stupid tackleand it’s over. It’s good to see the FA finally getting their fingers out with an amaendment that means they can intervene after the event where referees miss serious nonsense on the pitch. Whatever next, use of video technology for crucial decisions such as Hursty goal-line conundra? 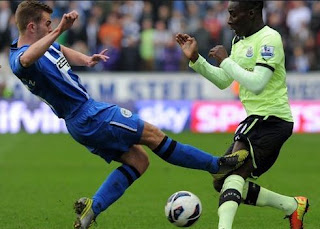