West Ham’s alleged pursuit of John Joe Shelvey is set to escalate after Big Sam’s recent consultation with famous East end mystic Myrtle Mcflatulence. In her analysis of the current squad, the ace crystal ball reader identified one key weakness as the lack of a naturally-bald attacking option. Or to put it more baldly, the departure of Carlton Cole has left the squad very thin up front in thin-up-top types.

Gone are the glory days of the 1970s when Jimmy Greaves and the legendary Bryan ‘Pop’ Robson led the line without fear of misjudging a cross due to a nuisance strand of hair getting in their eyes. Since the retirement of Paulo Di Canio, followed by the cruel loss of Dean Ashton, the Hammers have struggled to recruit top quality offensive baldies, who are now officially an endangered species after the follicular antics of Wayne Rooney who with the stunning success of his transplant has   paved the way for others to desert the baldy ranks. 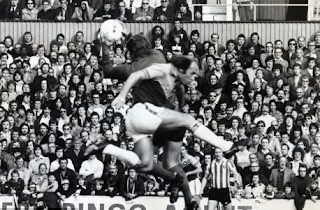 Commentators have lamented that there is little point in looking to the Hammers legendary yoof academy as decent baldies generally take years to mature. While the recent return of Joe Cole has reduced the pressure upon shampoo supplies at the Boleyn, he is clearly not a natural striker and far from a fully committed baldy. It seems that clubs like West Ham, with their relatively limited resources, must rely on past-it or journeymen baldies like Freddie Ljungberg or  ‘Marvellous’ Marlon Harewood in order to fill the ranks. 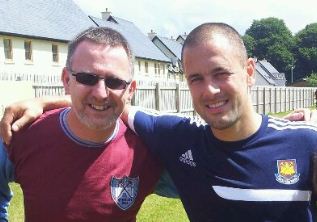 A half-arsed beardy and an uncommitted baldy
On the relative strengths side of things, McFlatulence has highlighted the absence of any weirdy-beardies in the squad as a definite plus. Hammers faithful (and indeed Goldie himself) may well point to the bearded brilliance of Bonds, Lampard Senior and Graham Paddon, but equally the disastrous Matthew Upson bearded phase coupled with the mediocrity of Geoff Pike would suggest that a whiskerless squad is preferable. 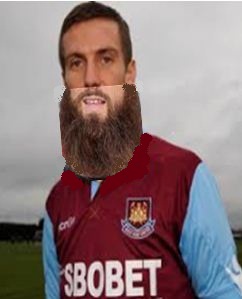 The real reason Gaz O'Neil departed
Either way, McFlatulence has urged the Hammer’s board to instruct their medical team to get their finger out and initiate a process of weekly monitoring of follicular endowment.