Visit the Olympic Stadium for Yourself! 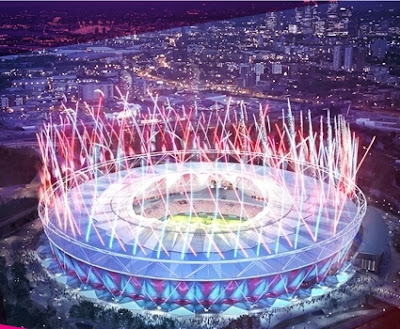 The deal for affordable football in West Ham's new OS certainly looks attractive on paper. The 'cheap' seats are being offered at £279 which works out at just over a tenner a game. Season ticket holders also become founder members of the Stadium. Sweet.

However, pictures released yesterday suggest that fans might want to think carefully about which category of seating they choose as the action seems an awful long way away! 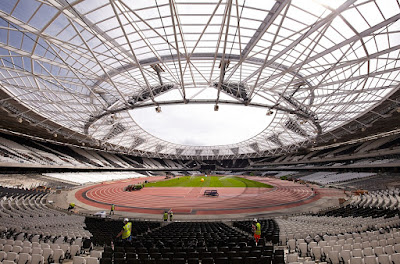 The club have provided computer generated images of the view fans should expect from their selected seats, but those who have ever purchased items off the internet will be only too familiar with the potential disappointment of relying on such imagery to make such an important choice.

Luckily, Hammers fans can take in the real experience on August 29th when the OS hosts a rugby union match between the Barbarians and Samoa. The game will almost certainly be exciting as both sides are renowned for their open and attacking style - something that Hammers fans will be hoping to become familiar with under the new Bilic regime!

The Barbarians are celebrating their 125th anniversary with a series of games. Members of VeryWestHam attended their match versus Ireland in Thomond Park a few weeks back and can vouch for the experience!

Tickets start at £20 for category D which are the seats that are likely to be going for £279 as season tickets.

Discerning fans will find the match an ideal chance  to test the OS experience in person.
Posted by Verywestham at 02:45