Football fans were reminded last night that precious and hypersensitive prima donnas are not restricted to the top leagues and can also be found in abundance at amateur and part time level.

The post match comments of FC Lusitanos manager Xavi Roura claiming that Slaven Bilic's failure to sit in the dug out for last night's tie was arrogant and disrespectful of his club have sent waves rippling as West ham have become the early tournament bad boys.

Even worse, the angry outburst included a suggestion that the Hammers were somehow unworthy of their fair play status as a consequence of their behaviour!

Clearly the excitement of playing to more than the 899 capacity of the Lusitania got to the previously unknown manager who seized the opportunity to deflect attention from the pointlessness of his club's participation which included only a single shot on goal from their second half kick off!

In a robust retaliation, our backroom staff at VERYWESTHAM reacted angrily to Roura's comments;

George, our part time cleaner and pizza collection consultant, wanted to know how Lusitanos managed to sneak a host of 'ringers' into their side including Suarez, Benitez and sub goalie - Fabien Barthez! The Andorrans were so arrogant that they didnt even bother to alter the names of these impersonators!

Cheryl, who is our occasional type-ist, wanted to know why Jim Carrey was refereeing the match under the ridiculous pseudonym of Vadis Directthegame-o?

Andy, who pops in from time to time to borrow our printer, wondered why the Andorrans insisted on naming one of their players - Meleana (known to doctors as a term for 'bloody stools') after the club's style of play rather than giving him a proper surname. "Surely that geezer would have been better served as their club mascot?" He opinioned.

Pete, who runs VERYWESTHAM's preferred taxi-providers, wondered how Lusitanos felt about being complicit in the child abuse outrage that unfolded as West ham insisted on playing a host of youths who should have been substituted  before their 9pm bedtime. "More than half of the side would be refused entry to any self-respecting lapdancing club".

It seems that West ham's campaign of disrespect will continue into the second leg as rumours emerge that they plan to add salt to the Andorran's imaginary wounds by shamelessly using the fixture by selecting Reece Toddler, who at 16 months and 12 days would set a new record for youngest ever debutant. 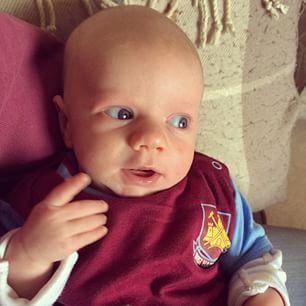 Bob, our back to work scheme employee and chief pot-pourri arranger, went even further by suggesting that Bilic should take the helm for the second leg and and recall Modi Maiga to play as a lone striker up front!


Either way, the generosity with which West ham showed mercy by limiting the spread to a mee three goals seems unlikely to be repeated in the second leg.