Blah blah Everton snatch late consolation with Lukaku winning strike, but after an ill-disciplined showing where the Toffees picked up 4 yellow cards to West ham's one, the Europa League spot is looking like a shoe-in for the Hammers!

However, on a less posotive note, the competition is decided on more than just cautions, and the 'coming together' of some players after the final whistle may not be viewed so positively by the fair play panel. None the less, on the basis of what we know about how points are awarded, it looks more and more like the Hammers may be jetting off to exotic destinations for a kick around in July.

Its still very unclear whether Big Sam will be leading that charge with many fans again pushing today for an end to his reign. 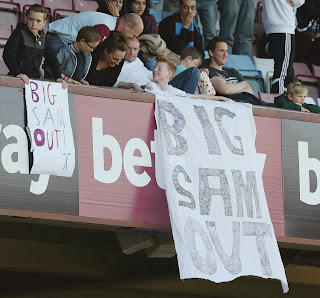