As the reality of the move to the Olympic Stadium becomes ever closer, West Ham announced yesterday that the famous John Lyall entrance gates would be making the trip to adorn the club's new home.


While this announcement brought relief for many concerned fans, it appears to have sparked a mutiny in  the stadium's equipment department that could force today's match against Everton to be postponed. 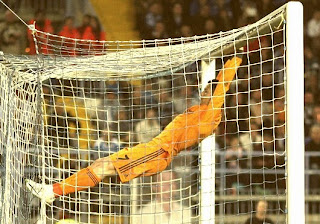 Upon learning of the arrangements for the gates, the goal posts have threatened to refuse to stand upright for the game until they receive an assurance that they too will be making the move! Their union representative, Bob Underwood, insisted that the club provide clarity on the matter " it's one thong messing the players about over whether Big Sam will be at the club next year, but my members have been loyal to the club for years and deserve better. What's more is that they've endured no end of needless abuse over the years and hardly uttered a word in protest". 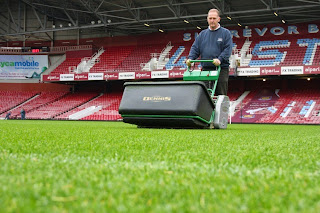 Similarly, the Premiership Lawnmowers Association have warned that their members may join the mutiny if the club dont make immediate moves to ensure that they will be in the Premiership when the move to the new stadium occurs "It's undignified for these top of the range machines to be forced to mow Chumpionship grass". 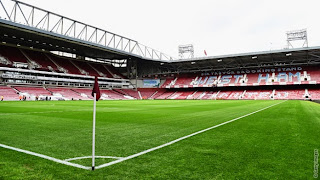 It is not known whether the corner flags will also enter the dispute as relations between the lateral accouterments and the goalposts have been poor for a number of years after they fell out amidst claims of 'arrogance' on the part of the goalposts "they think that they are more important than us, but for a Big Sam team we are the cornerstone of our most productive setpiece" said one corner flag yesterday. "They think they're the dogs bollocks with their nets and clips and various other equipment lingerie, but we are a much better prop for goal celebrations and the like".

Meanwhile, our intrepid reporter has discovered a cunning way to avoid the £75 entrance ransom for today's match...