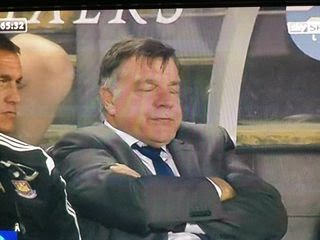 Yesterday's encounter with Aston Villa was a truly pointless affair. A tired and apparently disinterested West ham side barely justified the label of opponents as they traipsed around Villa park like it was a preseason kick around. And it was!

With European football beckoning in early July, and the likelihood of a managerial overhaul in the interim, few of the players had much to get excited about apart from avoiding injury and, most importantly, making sure that they didnt pick up any cautions. With a single yellow from the game and no injuries, both tasks were achieved....almost impeccably!

You'd have to spare a thought for poor Hull, Sunderland and Newcastle who all needed West ham to put in a decent performance, but thems the vagaries!

On a further positive note, Reece Burke again looked fit for Premiership purpose. It would be nice to get a look at Josh Cullen as well as the kid also looks like he can make the transition from development squad to first team - a journey that has been completed very rarely in recent times as our academy seems to be less productive than the halcyon days of Cole, Lampard, Ferdinand and Carrick, but with such a conservative attitude to youth development through the first team squad, the kids could justifiably claim that they havent been given a fair chance during Sam's reign. We can expect any potential replacements to have youth development high on their priorities when interview time comes around.

Up next are Everton - also stuttering in mid-table obscurity. Tickets for the match are priced at the 'enticing' range of £65-75. That's a shed load of dosh for a dead rubber where we might again fail to get a shot on target! Poor entertainment for the price when, in comparison you can see Swervedriver the night before for £15.

There will be better times ahead - and the discerning consumer might put their cash in the piggy bank to pay for an away trip to Europe in July.

Being free of relegation worries is a good thing - ask the Geordies - but why cant we use the liberation to cut loose and play some carefree footie?
Posted by Verywestham at 07:01