Dare we look towards Europe? 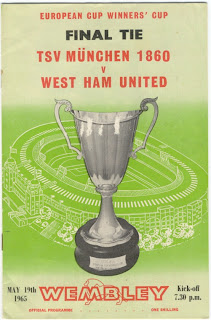 After a stunning start to the season that almost matches the fab-tastic boys of ’86, Hammers fans are uncertain where to look towards as a realistic target for the season. On one hand, newly promoted sides should look to grind their way to survival, taking every point possible and holding out for well-earned draws where available rather than having a punt at all three points. Conversely, the nature of our success so far is such that we cannot but be tempted to look towards budget airlines that might shuttle us to any number of exotic destinations of Europe. In short, should we cheer Reading and QPR’s continued poor form or hope that they take points off the likes of Everton, Arsenal and Spurs?


First off, we’ve certainly had a relatively easy introduction over the first 12 games – with 7 home fixtures and having faced only Arsenal and Man City of the big seven (yes, Liverpool, Everton and Spurs are included in there!). However, there can be no doubting that we have acquitted ourselves well against the better sides- earning a well deserved draw versus Man City and although we lost to Arsenal, it was a game that could easily have gone our way on another day. Moreover, we have continued our excellent away form of last year and seem well able to pick up points on the hoof.


Perhaps more reassuring is the solidity of the system – compact and efficient, with everybody well versed in where they should be and what they are supposed to do. We have a strong defensive line through the centre while also being difficult to penetrate down the wings. Sure we had a stinker against Swansea and were off form against Wigan, but when is the last time you felt as comfortable approaching the last 15 minutes in games where we have something to lose? If anything, we have  looked likely to snatch something from matches in the last quarter where strength at set pieces, fitness and mental belief are key and which we seem to have in abundance under Big Sam.


But are we strong enough offensively to pick up enough wins to push for the top five? So far our midfielders have chipped in and Kevin Nolan essentially functions as a second striker, but neither Carroll nor Cole look like reaching double figures. Sadly for Carlton Cole, he seems to offer little in alternative to Andy Carroll and has assumed the role of mere understudy. Maiga and Hall remain unproven and we may need to add attacking options in January – a situation that could get more compelling if things get messy regarding Andy Carroll although Liverpool’s recent improved form means that Brendan Rodgers will probably stay at the helm at Liverpool and any recall clause is unlikely to be invoked.


So, the next seven games are poised to tilt our season in one direction or the other. After squaring up to Chelsea and Man United we will really know just how resilient our defensive set up is, while the fixtures against Spurs, Liverpool, Everton and West Brom will tell us whether we are realistically close to  that second tier of Champions League wannabe clubs.


Presuming that we could make it to Europe the question arises as to how we might fare. Our physical style which does not emphasise keeping possession might not be quite so effective and would undoubtedly be demanding in respect of fitness – think of all that chasing around after the ball! Moreover, it is debatable whether the thrills of the Europa league would be truly desirable since qualification has proven a dubious reward for Premiership clubs both financially and otherwise. The need for a bigger squad along with inevitable fatigue from fixture conjestion could prove disastrous during a second season when many promoted clubs particularly struggle. On the flip side, The two-Davids have set their eye on bringing the club to the next level and this will inevitably mean engaging in European competition. Making that jump is definitely on the menu but perhaps not just yet? For now, let’s savour the moment and enjoy not having to chase points either way.
Check out http://www.blowing-bubbles.co.uk/season-1213.html for the Hammers best fanzine
COYI!!!