Well it was all set up for some pre-Christmas cheerful fun and games at the Boleyn last Saturday with the effervescent entertainers from Everton coming to town. That is, until match referee Anthony Taylor went on a fun-killing spree that left the game in tatters and two men down. Observers reported a sudden bodily twitching before an apparent calmness followed by a heedless outbreak of ‘total injustice’.

﻿ Anti-gun lobbyists have seized upon the incident as yet further evidence that free availability of deadly weapons such as red cards can play no part in a truly civilised society. One particularly emotionally needy campaigner pleaded ‘how many times does this have to happen before we take action – this is ruining the lives of our children who have to go into school on a Monday morning knowing that they will be mercilessly taunted when their team loses due to bad refereeing decisions’. 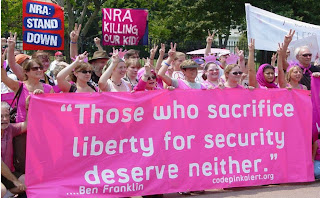 Predictably, the increasingly fascistic NRA countered that referees are faced with difficult decisions and need ‘support not condemnation’, a statement that reflects the growing mood amongst an elite band of referees who are pushing for harsher punishment for offending players. “ Showing a card, whatever the colour, is little deterrent against some of these thugs. What we need is harsher sentencing and zero intelligence”. 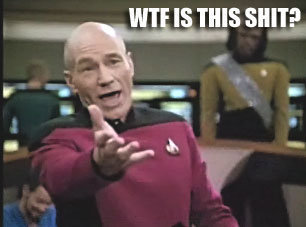 Taylor’s main rival, Mark Clatter bug (with four red cardie moments already to his name this season) was said to be totally unimpressed with Taylor's performance even though it puts him top of the refereeing hard man table with a whopping five reds - averaging a dismissal every three games! Taylor has long shown the potential for this sort of pedantry  - last season he sent off three players in his first game in charge (Leeds vs Middlesborough) while managing to unload a stunning nine yellows and one red in the Blackburn vs Liverpool clash he refereed later in the year. He's fast becoming a legend amongst those cuddly folk who have a penchant for control and restraint. 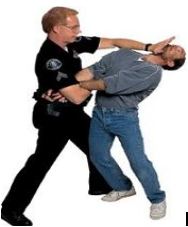 Referees are preparing for another possible Di Canio moment
Meanwhile the Hammers suspiciously poor record against the Toffees continues and has extended to ten games without a win. Insiders are beginning to take rumours of witchcraft more seriously, especially after a garden shed in Southport was discovered with black magic paraphernalia alongside a full West Ham subbutteo team with their heads missing. 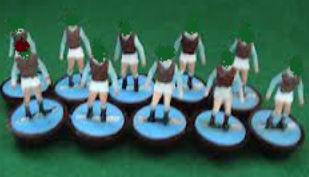 Diabolical
Moreover, observers have commented ön the "weird and untoward" goings ön for the Toffees 'unsettlingly strange' second goal, where Stephen Pienaar seemed to pass through Hammers defenders like a ghost with the match ball darting about like the ball in that silly game that features in Harry Potter.
For Cole and Gibson, it’s likely to be a Christmas behind Premiership bars, awaiting the results of their respective appeals. Some optimists have predicted that Taylor will have his bonus points for the two reds removed amidst rumours that, in an unprecedented move, West ham and Everton have agreed to represent the other clubs player at the appeals. It is thought that this is likely to provoke the same landslide of goodwill that followed Paulo Di Canio’s sportsmanlike gesture in December 2000 when the volatile striker opted to catch the ball to stop play even though the  Everton goal was empty in order to allow their injured goalkeeper to receive treatment and thus declining a certain goal. 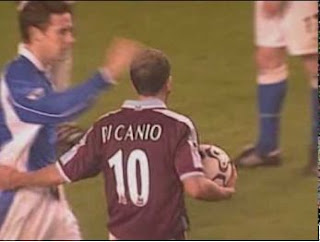 St Nick, at it again
Some less altruistic observers have commented that he could have just as easily scored and that would have stopped play just as quickly. Either way, the result was ultimately meaningless and the incident merely added to the Di Canio legend. 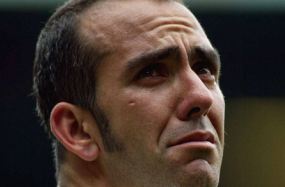 A sight of rare beauty