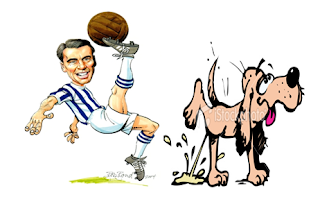 Entering in to the game the Hammers squad was so beset by injuries that they were forced to exhibit a ‘fabricated’ substitutes bench that included a number of suspicious looking emergency recruits including the previously unheard of 'G Fawkes' and 'S Crowe', rumoured to be Paraguayan Internationals, but in this case definitely NOT owned by an illegal third party.

Never the less, the threadbare Hammers side held firm to snatch another vital point in their campaign for European football next year.  On the down side, poor Guy Demel may be a doubt for the next match after being substituted with a severe case of vertigo induced by trying to keep up with the twisty trickery of Peter Odemwingie. James Tomkins, who came on in replacement fared a little better but was said to be ‘pukking his ring up’ on the team bus travelling back through the foggy West Midlands 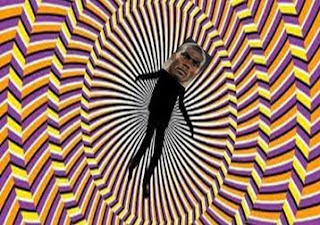 Big Sam, however, was particularly pleased with the result, boasting how he had managed to make a single piece of chewing gum last the whole 90 minutes. He was also delighted with the impressive number of muscular Row Z clearances attributed to the hammers back ten, which was supplemented by James Collins managing to kick the ball over the stadium roof and onto the neighbouring road with one particularly hefty clearance.

Ooooh...they'll never retrieve that one!
Dejected Shane Löng, a former Tipperary hurling starlet now slumming it with the Baggies, is said to have remarked that he had got’ worse service than a Clare hurler in a trophy shop’. Moreover, in scenes reminiscent of the World’s greatest ever film, Zoolander, Winston Reid and James Collins held a 'dance off' competition where they marked the Irishman so close that they managed to remove his underpants without the referee noticing.

And so the Hammers march on to face off dour David Moyes grim Everton outfit next. Big Sam has organised for specially designed kick boxing headgear to minimise the risk posed by poorly executed head butting manoevres from the truculent toffees. 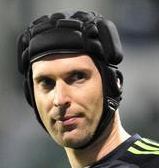