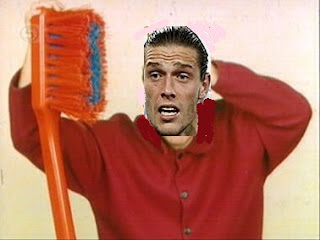 The Hammer’s joy after their glorious annihilation of Chelsea on Saturday quickly turned to shame as it was revealed that a number of first team players embarked upon a wild spree of unhealthy food consumption whilst on a weekend trip in Dublin. The prominent action group, Obesity Ireland, have put their considerable weight behind a campaign to expose the outrageous dietary indiscipline demonstrated by Andy Carroll who allowed himself to be photographed in dangerously close proximity to the evil purveyor of fast food mayhem, Burger King and may even have ‘supersized’.  Andy is said to even have demanded an extra portion of ketchup to go with his mystery meal. 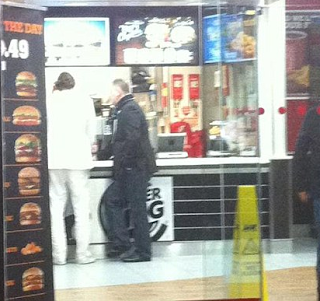 Jaysus!!! look at that awful suit!

One particularly angry and self-righteous  journo commented ‘It’s in the interest of the public to know the kind of poor example that some overpaid soccer superstars are setting for our school children’….’ It seems that Andy and his partner in crime Kev Nolan’s irresponsibility knows no bounds – they were caught on camera wearing suspiciously naff white suits that are notoriously prone to unshiftable stains’ . Even worse,  token Hammers Paddy, Joey O’Brien, is said to be furious with the pair’s wanton disregard for his advice regarding the best chips in Dublin. 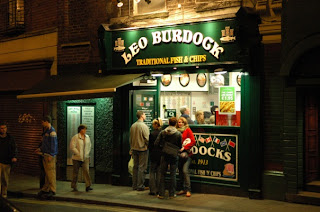 In an effort to further promote Dublin as a vultural capital of Europe where high profile visitors can relax in safety and enjoy some traditional Irish begrudgery, cleaning staff at the hotel where Carroll was overnighting revealed that he did not seem to have used the allocated portion of toothpaste in his room, raising the unthinkable spectre of inadequate dental hygiene as a possible further manifestation of Carroll’s outrageous indiscipline. 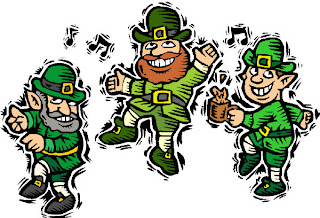 The whole episode is likely to reopen old wounds for James Tomkins who, despite his well-groomed public persona, was voted by Hammers cleaning staff as having the most untidy locker of 2012 at the Chadwell Heath Training facility. Meanwhile, Matt Taylor will also be blushing and hoping that attentions won’t turn to his dubious honour as having had last season’s muddiest kit . 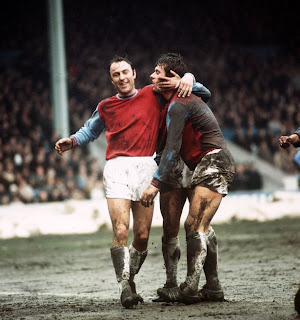 Happily for Chelsea there were no such embarrassing celebrations as they have gone to ground after their humiliating defeat at Upton Park last weekend.