After three consecutive defeats on the trot and without a win, the last thing that nosediving West Brom need right now is a visit from the wounded wildcat that is Big Sam’s West Ham. The Bubbles boys are said to be distraught after conceding a winning position against Liverpool last week and will be out to exact revenge upon the footballing world. Conversely, for Steve Clarke, things are once again falling apart after an initial honeymoon period – just like the ex-Hammers defensive coach’s experience during the Gianfranco Zola regime. At this stage the baggies seem to be staring into an endless chasm of defeat, with little hope that the visit of West Ham will provide any respite from the misery. 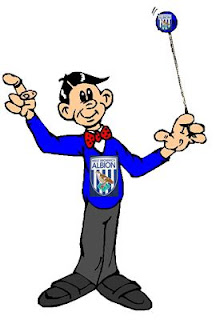 One thing that has become clear during the Baggies recent demise is that other sides have wised up to their stealthy ‘we are just a harmless relegation yoyo side’ image and have recognised their ruthless predatorial nature for what it is: a scurrilous ruse to hoodwink naïve visitors before inflicting horrific defeats such as the 3-0 thrashing of an unsuspecting Liverpool side back in August. 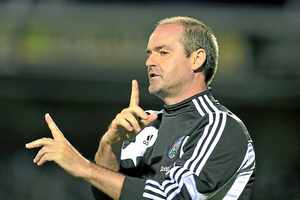 In even worse news for Baggies boss Steve Clarke, the West Brom board have insisted that he abandon his lucrative sideline as the choleric comedian Jack Dee until the Baggies ensure Premiership survival. More cynical observers have suggested that Clarke-Dee has engineered the team’s descent in order to generate material for his depressingly dysphoric comedy “Lead Balloon”

You try to put on a brave face, but...
Meanwhile, the Hammers also have their worries ahead of the big game with the squad so threadbare that with the latest injury scare to George McCartney, they may be forced to field 12 year old wonderkid Dan Potts.  The lad was said to be ‘up to high nines’ last night and ‘unable to get a wink of sleep’ due to the excitement of stopping off at Cadbury World on the way back as promised by Uncle Sam. One stipulation of the confectionary visit has been that the Hammers squad refrain from using the appauling white suits that they wore on their recent ‘secret’ visit to Ireland. 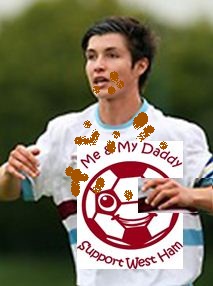 Meanwhile, Shane Long’s availability has been put in doubt after an uncharacteristic outburst from Tipperary hurling legend, Lar Corbett, who has bemoaned the loss of Tipperary sporting talent to ‘foreign games’. Long fired 2-1 (i.e. two goals and an ‘over the bar merit’ ) for the Premier county in the 2003 Munster minor hurling final against lowly Cork. Thankfully for Tipperary, they haven’t needed Shane’s presence in order to totally dominate Munster hurling over the past few years, but could probably do with his trickery in dealing with the cunning cats of Kilkenny. 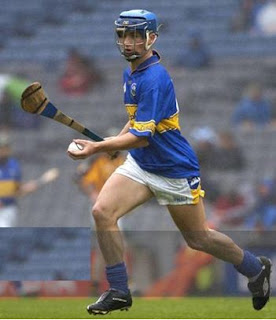 Put it over the bar