Contrary to the unexciting score line, this game was no snore-draw and in fact the first half was a bit of a belter as both sides sensed that 3 points were up for grabs. The game itself was pretty evenly matched overall, with Norwich just edging it in respect of clear-cut chances with Jaaskelainen tested more than Ruddy. It was good to see that despite his age, Jussi’s reflexes are fully intact. It’s worth noting that apart from the implosion at , we have yet to concede a goal this season in our other 4 games….nice work Dr Evil!

Winston Reid and James Collins were excellent again, even though Collins almost gave away a penalty in the first half. Hats off to Chris Foy as most referees would not have recognised the challenge as having been outside of the box, especially with the home side poised to benefit! Pity poor James Tomkins - he must be regretting the Team GB nonsense at the Olympics which created the space for the other two to excell. I worried as to how well Winston Reid would cope upon returning to the higher level again but he has improved massively over the past 18 months. Guy Demel still looks a bit wobbly at times while playing Joey O’Brien at left back seems to make little sense, even if he did put in a decent shift.

While we shouldn’t sniff at an away point, the current squad has a depth and quality that makes it hard not to wonder where we should be aiming this season. Come May will we be scuffling around looking for points to avoid the stress of a relegation battle, or could we be looking higher?  Looking at and Southampton – two sides that were discernibly superior to us last season – I think we can be happy to just keep the momentum and sit  pleasantly mid-table but, there can be no doubting that we have improved our squad to a much greater extent than the other newbies. All the same, 7 points from 4 games is just fine and who could begrudge former Hammer Chris Hughton a share of the spoils? 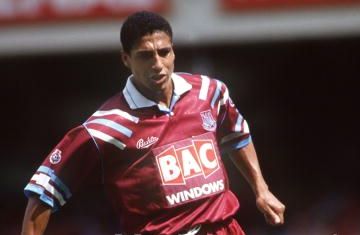 Happy days
So, at home next week – they have yet to win but their three draws highlight how difficult Martin O’Neill teams are to put away. In James Mclean and Stephen Fletcher they have some dangerous talent, so we shouldn’t expect Big Sam to throw all caution to the wind….as if he would! None the less, they are certainly there for the taking and they were absolutely steeped in good fortune against last weekend….Let’s hope their luck is all used up. I predict that Matt Jarvis will be on from the start and maybe Georgie McCartney can come on and steal all three points for us against his old club? COYI!