Hammer’s boss Sam Allardyce has warned QPR not to expect any charity come Monday night’s crunch battle for the relegation-threatened West London millionaires. Along with those other hooped perpetrators at , QPR are locked to the foot of the table and desperately trying to buy their way out of jail.
Things are so bad at Loftus road that the Gazillionaire owners have flown in a crack squad of sports psychiatrists to try and figure out what is wrong at the club. However, outside observers have suggested that it doesn’t take a brain surgeon to realise that QPR lack bite in midfield without the presence of Joey Barton. Top shrink Sigmund Jungenfreud has cracked the source of  Barton’s behaviour as a classic case of overcompensation, revealing “all of this uber-aggression is simply to cover up that he is not as naturally manly as the other boys”.


Barton, who may have a lisp, was tracked down in hiding with his new outfit FC Nancy, is said to have lashed out at suggestions that men in act ‘poncey’.
Back at Loftus road and still languishing bottom of the table after five rounds of the premiership, 'Poor' QPR can’t seem to buy a home goal and have resorted to conceding colossal amounts of goals to visiting sides in order to keep their small but demanding fan base happy that some scoring action is going down. Not surprisingly, pressure is mounting on the QPR frontline with particular attention focused upon expensive French import Djibril Cisse. However, rather than knuckle down to some hard training to focus the mind, the flambuoyant fluffer has chosen to distract from his lack of goals by amusing and titillating fans with increasingly foolish hairstyles. 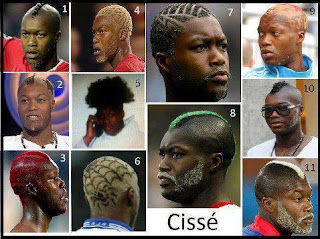 It is rumoured that the final straw in the bad boy Barton saga for manager Mark Hughes was not in fact his 127 match ban, but actually the result of endless squabbling over priority access to the much-in-demand QPR gym mirror. The arrival of the latest consignment of expensive foreign recruits has put so much pressure on the player grooming service that the club has had to invest in a full self-absorption suite that includes all manner of metrosexual facilities, including a handy pink fluorescing boot service for those ever-so-difficult floodlit evening fixtures.

Unfortunately Robert Green will not be around to greet his old mates from his West Ham days as he is locked in training for the upcoming QPR vs reserves fixture. The club owners have identified the premier league reserve competition as an ideal opportunity to capture their first ever trophy – it is said that this competition is highly regarded by the premiership elite as an opportunity to demonstrate their obscene wealth by fielding sides full of overpaid international stars. 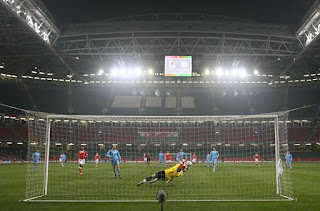 Green soaks up the tense atmosphere at a crunch reserve fixture

However, Hammers fans have cause to fear freescoring Boleyn reject Bobby Zamora who has been singlehandedly keeping QPR within sight of the rest of the premier league. Undoubtedly the Z man will be trying to convince Big Sam to give him a return ticket to his beloved West Ham and an escape from the pointless obscurity of life with QPR.
QPR Club legend and sports physiology guru, Stan Bowles, revealed his thoughts before Monday nights battle ” the lads are in tip-top shape – what they really need is a good night on the town to help them relax before the big game…” 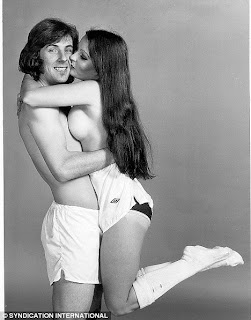 Stan demonstrates the perfect pre-match prep
Posted by Verywestham at 14:37