Security at Upton Park has been substantially increased for today’s key premiership clash between the mighty Hammers and Geordie Drawbore specialists Sunderland. Jack Elderbottom, longtime caretaker at the Boleyn warned “the last time this lot came visiting they stole half our defence – It took three years to get McCartney back and Ferdinand’s still missing”.
Thankfully, the contents of the club’s massive trophy collection are likely to be safe since a new supersized state of the art display cabinet was one of Messers Gold and Sullivan’s first  bold investments upon taking over the club two years ago.
Rumours abound that Martin O’Neill, the Black Cat’s shrewd but somewhat crotchety manager, plans to use today’s trip as a further affront to the Two Davids by pilfering all three points at the Boleyn. The Earnest Ulsterman, who previously refused to rescue the Hammers from the relegating stewardship of Avram Grant, has vowed to quash any frivolous fun or fanciful merriment during todays sombre fixture. However, Sam Allardyce, master of ceremonies at Fortress Upton, has promised 'a festival of fun and frolic, packed with swashbuckling sensation'.
Indeed, the Black cat’s luck may have run out in relation to James ‘tweety-bird’ McClean who may not be able to play today due to an acute bout of ink poisoning after his latest visit to one of Sunderland’s many tattoo parlours. The artistic Irishman is said to be modelling his appearance on Mexican prison gang members in an attempt to get the attentions of his criminology-obsessed manager
Sam Allardyce, no stranger to Machiavellian machinations, has highlighted some crucial onfield tussles that will be key to determining who walks away with the loot today 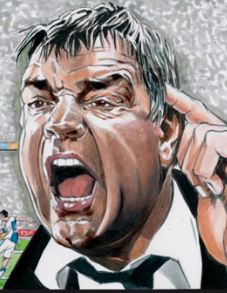 Carlton Cole vs Himself

Titus Bumble vs basic laws of logic and reason

and the final word goes down to.... 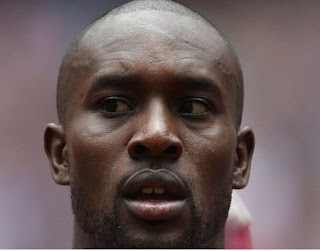 Errrrr?
Posted by Verywestham at 05:02