Controversy is brewing in the aftermath of West Ham’s spectacular last ditch comeback against Sunderland today. While most fans are relieved to have maintained their undefeated home record, blog-superstars verywestham  have reacted angrily to persistent criticism on some blog sites directed towards injury time goalscorer Kevin Nolan. The ultra-extreme Hammers fancying faction has responded by issuing a footie-fatwah against other West Ham blogs who, they claim, have been guilty of a campaign of curmudgeonly begrudgery against Nolan because of his paltry three goal haul so far this season.
The crack assassins at verywestham  have singled out Hammers helpline for particular vitriol claiming that “this blog takes advantage of whiney and whingy depressed hammers fans by encouraging them to blame their everyday troubles upon our hard working and minimally remunerated squad - it just has to stop”. We at verywestham  think that Kevin is really fabulous (in a strictly manly way) and innocent of all charges that he doesn’t contribute enough or that his legs are gone deblahdeblahzzzzombie. "These allegations smack of unacceptable ageism and wanton scouserism"

Other sources have also been quick to row in behind Nolan highlighting that, in addition to his vociferous on-field captaincy, Kev also fills in as chief club social worker – a skill that is especially handy for dealing with Andy ‘Asbo’ Carroll’s transitional ‘issues’ into the team. Unfortunately, kevin's therapeutic skills could not save Benni McCarthy from his career destroying hamburger addicition but he is very hopeful that, with referral to the appropriate services, Carlton Cole can overcome his recent goalscoring phobia - "the lad's terrified of scoring - it's all that touching and kissing during the celebrations, you could pick up anything - especially off some of the lads coming back from International duty" advised Nolan.
Big Sam has revealed his surprise at how ingrained some old Hammers habits have been …” I knew when I took this job that I should expect some whingeing about injury time goals and last minute equalisers but I presumed that that was a reaction to always being on the wrong end of them. I had no idea that they were opposed to late goals by either team!”

In a deliciously ironic twist, 70s legend Bryan ‘Pop’ Robson, now chief scout for yesterday’s visiting Black Cats has revealed that he faced similarly resentful criticism and persistent carping during the legendary 1972/73 season when he scored 28 goals. “I’ve always believed that goals change games but for some fans it didn’t matter how many I scored, they just kept on complaining about my lack of Haerial presence”. 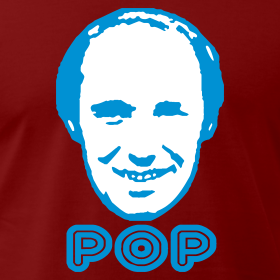 Baldy
Similarly, resentment towards the 1986 twin striker goal scoring machine that was Tony Cottee and Frank McAvennie was so intense that ‘TC and God’ were regularly sent out on to the field of play dressed in embarrassing example of early product placement,  including Ann Summers 1986 ‘lingerie for him’ range. 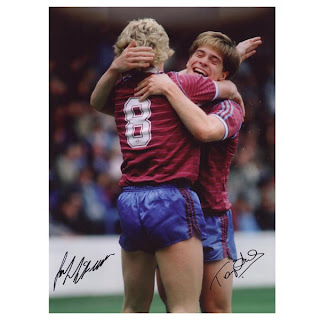 
Meanwhile, in happy developments for music fans nationwide, Geordie slagpunk legends the Toy Dolls have postponed plans to pen a celebratory anthem to mark their first non-draw this season. A relieved NME editor, Miles Frivolous  commented “Thank God we aren’t facing another outbreak of the dreaded Toy Dolls – the last comeback did untold harm - folk stopped listening to new music for months for fear of encountering their quirky but ultimately tired and somewhat irritating product” 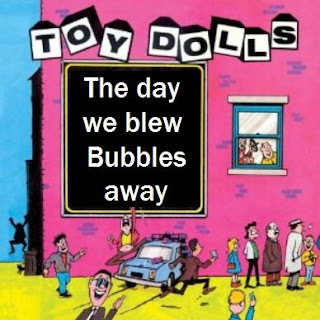 Shelved
Posted by Verywestham at 15:13