West Ham crashed out of the Capital One cup on Tuesday night after receiving a right spanking at the hands of the visiting Wigan team. Despite getting the perfect start with an opportunistic strike from recent signing Modiba Maiga, the Hammers subsequently collapsed defensively conceding a whopping four goals and it was ultimately a merciful end to proceedings when referee Pawson blew for full time.
﻿
Big Sam expressed dismay at the performance which raises questions regarding the true strength in depth of the current squad. “They needn’t come knocking on my door looking for Ice cream money” he declared “and I’m confiscating their playstations for a month”. Meanwhile the buoyant Roberto Martinez savoured a rare victory “We’ve never won a proper trophy at Wigan, and the capital One cup certainly won’t change that, but I’m proud of my boys – especially the Argentinian one who hasn’t scored for two years”

The Wigan team has specially turned out in their stylish new away kit which afforded an unexpected opportunity to get some decent photos of their lads celebrating in some classy kirather than their gauche first team apparel. It has been rumoured that Big Sam is so disappointed that he is threatening to festoon the Hammers dressing room with the ugly celebration scenes that marred last nights festivities.
Attentions have turned to that other great beacon of Wigan light, Limahl, frontman for 80s popsters Kajagoogoo.” I’m really ecstatic. This is the best thing that’s happened for us since that crazy time in 1983 when all eyes were focussed upon Wigan due to my groundbreaking jingle 'Too shydy shy'”.  Music fans everywhere will be relieved to hear that Limahl has ruled out any chances of the band reforming, however, citing extreme manbaggage as an unassailable barrier to any reunion. 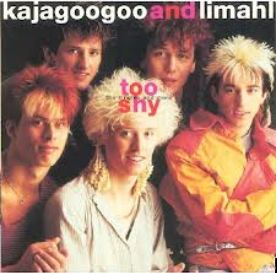 No need to say nowt!


For Wigan, attentions now turn to the next round which usually peters out with a pointless 'final' match later in the year. Critics have warned Martinez against persistent dabbling with the competition, highlighting the fatal consequences for Birmingham City two seasons ago where the tedious distraction of the meaningless cup was a key factor in their relegation to the dreaded depths of the Championship. 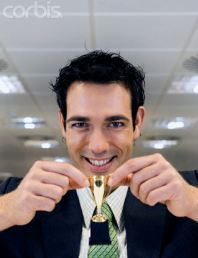 The much coveted Capital One trophy
Meanwhile, Big Sam is looking towards next Monday's trip to Loftus Road.
Posted by Verywestham at 07:52