Coventry back from the brink 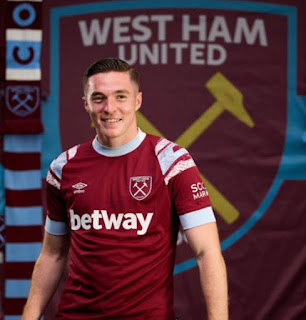 It's a big night for Conor Coventry as he starts in central midfield against Silkeborg. The 22 year old has followed in the tracks of Declan Rice through the academy but will have been disappointed when the Summer saw the arrival of Flynn Downes as the third choice central midfield option for David Moyes.

Moreover, Lucas Paqueta is pretty feisty and could well play in a deeper role if needed, further pushing Coventry down the pecking order.

But he has stuck to his guns and has a big chance to show his quality tonight.

Otherwise, Moyes is using the game to give game time to many fringe players and also to give Aguerd his competitive debut.

A point will seal top spot. There's plenty on the bench if it gets sticky out there.